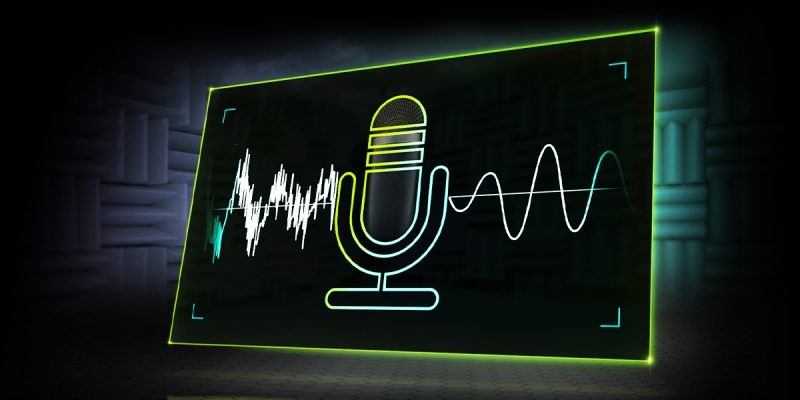 When Nvidia launched its RTX series of GPUs, there was more in tow than just new horsepower. One included technology alongside the new hardware was RTX Voice, AI-driven software that allows for environmental noise suppression. Things like puffs of wind and other external sounds can now be canceled out in real time by enabling this feature. If you don’t think this is as big of a deal as ray-tracing or higher frames at higher resolutions, then you should really check out some of the example videos and see it in action.

Nvidia's RTX Voice tech looks AMAZING. I can finally use a desk mic again with my mechanical keyboard! @Barnacules's test with the fan and hammer is so impressive https://t.co/ES7ELMiMQS pic.twitter.com/PCiA0DRcpW

In short, artificial intelligence taps into the GPU in order to suppress even the loudest of noises in exchange for clean, clear audio output. There were some work arounds to get the technology working on older Nvidia GTX cards with nothing official coming down the pike. That recently changed with Nvidia officially supporting RTX Voice in its latest driver suite update. [Thanks, Toms Hardware]

To gain access to the new RTX Voice support, you’ll need to download Nvidia’s 410.18 update. This allows for RTX Voice support on  various older generation cards. It also occurs at a time when the most recent generation of RTX 3060/3070/3080 series of cards have skyrocketed in price by resellers and have become scarce in modern pandemic times. But, if simple things like RTX Voice can be enabled on older GPUs, can other technology also become compatible?

Things like DLSS and Nvidia Reflex are two technologies most commonly seen being supported under the RTX brand. This is most likely due to the bandwidth required to run the AI behind the tech. For example, users have reported that enabling RTX Voice on an older GTX GPU will reduce framerates around the 20% mark. If you’re already struggling to hold 60FPS at 900P with a GTX 960, there isn’t much more you can squeeze from that. However, those who are in the GTX 1080 or 1660 Super realm might have a little more wiggle room without losing frames while still having their silky voice chime through with clarity without sounding like they’re in a wind tunnel. And maybe others might come to the table, too.