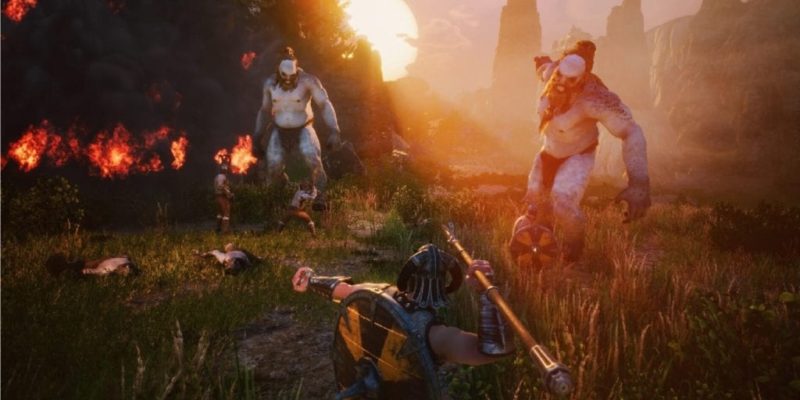 Nearly 20 years ago, PC gamers were introduced to the viking hack-and-slash, Rune. The game didn’t sell exceptionally well nor did it garner much critical praise, but it captured the hearts of its tight-knit fan base. Rumors of a sequel began as early as the mid-2000s when news broke that Human Head Studios was negotiating with a publisher. After multiple false alarms, several name changes, and a number of delays, Rune II finally makes its triumphant debut on the Epic Games Store. However, word of the exclusivity deal didn’t sit well with diehard fans. Fans expressed their discontent in the comments and ratings of the game’s many trailers.

But, if you have even a sliver of nostalgia or are interested in a solid hack-and-slash, the base edition — titled the Warrior Pack — is available now for $29.99. Two other editions of the game, Berserker Rage and God Slayer, sit at $39.99 and $59.99 respectively and come with a host of in-game items and a few digital downloadables. Rune II will remain on the Epic Games Store indefinitely, but the Steam page still suggests a 2020 release.

The end of times has come (again), meaning the gods have called upon you to defeat Loki once more. Rune II offers a slew of new options to spice up your realm-saving experience:

Rune II is far from groundbreaking, but it captures the spirit of the original cult classic well enough to warrant your attention.

Destiny 2: Shadowkeep guide – How to complete “A Link to the Chain” raid challenge