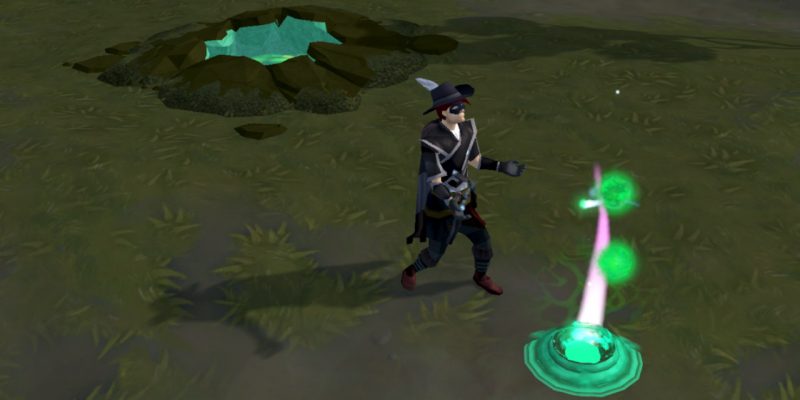 In Jagex’s popular MMORPG, RuneScape, there are a total of 28 skills to train. Over the course of its 20-year history, some of these skills have become outdated and in need of reworking. An example of this is 2019’s Mining and Smithing rework which modernized two of RuneScape‘s oldest skills. The next skill to receive this treatment will be Divination, as confirmed on a recent RuneScape developer live stream.

First released in 2013, Divination is actually one of RuneScape‘s more recently added skills. Currently, Invention and Archaeology are the only newer skills. Despite this, the Jagex team felt as though it needed a rework to become more relevant. Specifically, it wants to provide more of a motive to train the skill beyond its current uses of making Invention Charges and creating divine locations.

How Divination is changing

The biggest changes relate to how players will interact with wisps going forward. Currently, wisps last around 30 seconds before expiring. After the rework, they will last a minimum of 60 seconds. Furthermore, every player that interacts with the wisp after it is first used will add 15 more seconds to its duration. Those with the Divination Mastery Cape equipped, unlocked by achieving 99 Divination in RuneScape, will add 30 seconds to the timer instead.

Another change is that fewer wisps will spawn, and those that do will spawn closer to the central rift. This will not only make the click intensive but also faster as less time will be spent running between wisps. Far fewer wisps will spawn in an area once the rework is released.

Chronicle fragments changed with the rework as well. Previously, these had a random chance of spawning and would move around until collected. You could only stack up to 10 at a time before having to hand them in for Divination experience. Going forward these fragments will remain still after spawning. Also, players that click them fast enough will receive an Enhanced Chronicle Fragment.

Enhanced Chronicle Fragments empower nearby rifts. When empowered, any players that interact with the rift will receive all sorts of bonuses to experience rates and energy gains. This change coupled with the new extension mechanics should make Divination more social than it currently is. The rework is adding more uses to Divination including a new tier of porters.

That’s not all there is to the update though. In order to motivate RuneScape players to train Divination, Jagex has introduced more rewards for leveling up the MMORPG’S least popular gathering skill. Amongst these includes the ability to transmute Dark Animica Ore, Light Animica Ore, and even Rocktails from less valuable resources.

Finally, a new porter is being added which can only be made at 99 Divination. The Sign of the Porter VII will be the new best in slot porter, providing 50 chargers per porter. The previous best only offered 30 per porter. Porters are extremely useful for making certain activities less click intensive including important skills like Archaeology and Mining. Next month looks to be a great time to hop and RuneScape and train Divination if you haven’t already mastered it. All of these changes will go live on May 4, coinciding with the start of double XP.