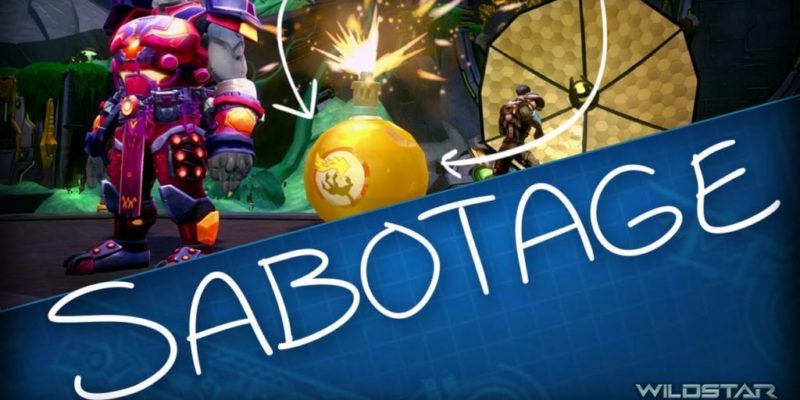 Listen all of y’all: it’s Sabotage on WildStar.

Make no mistake: the Sabotage update hit on Thursday, but I never pass up an opportunity to write a news story full of Beastie Boys references. Even if your crystal ball ain’t so crystal clear, you should’ve seen that one coming.

I’m gonna set it straight. The Sabotage update is all about PvP, offering a new game mode (suitably titled “Sabotage”) which lets players of level 30 and above fight it out in a new 15-vs-15 battleground called Daggerstone Pass. And, happily, you can ride mounts through.

Basically, both teams have a base, and each team is trying to destroy the other. This can be accomplished either by capturing and holding uplinks that let you call in periodic airstrikes on the enemy base, or by grabbing bombs and using them instead. Of course, you can also use those bombs to blow up enemies defending uplinks. Or just enemies; you can shut them down with the push of a button. And probably allies, too.

The Sabotage update for WildStar is out now. You can check out a DevSpeak video of it below.