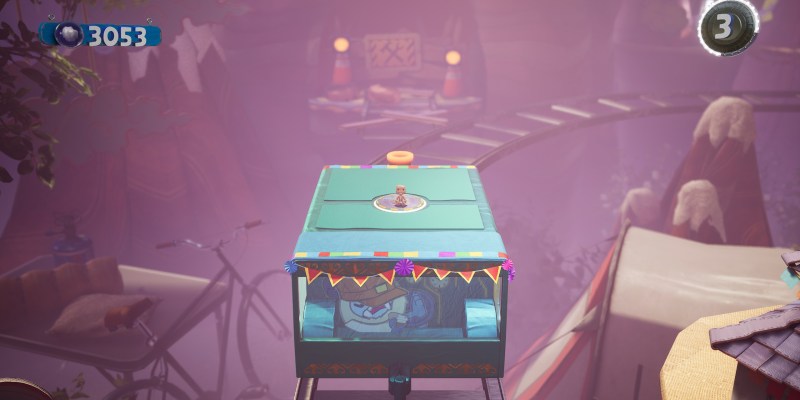 Sackboy: A Big Adventure is the latest game to make the jump from PlayStation to PC. While previous titles have been major AAA powerhouses like Marvel’s Spider-Man and God of War, this is a more whimsical affair. The game is a cute 3D platformer in the vein of Super Mario 3D World and it just came to PC today. If you’ve never played a LittleBigPlanet game before, you may not even know who the main character here is supposed to be. So the question stands – is Sackboy: A Big Adventure worth it on PC? Or should you save your cash for something else?

The game has a familiar premise. An evildoer named Vex is building a giant machine called the Topsy Turver and ends up coming to Sackboy’s village to kidnap and enslave everyone. Okay, that’s dark for a kids’ game. Sackboy himself is able to barely escape via a rocket ship. After getting away, he meets a one-eyed woman named Scarlet who tells him the tale of the Knitted Knights – heroes to Craftworld in ages past, which is an order Sackboy himself could rise to, provided he has the desire to save the day.

So you set off on an adventure through five main worlds to obtain orbs of energy that can be used to beat back Vex’s Uproar and save Craftworld from his evil machinations. Aside from Sackboy, most of the other major characters are voiced in English. Sackboy: A Big Adventure‘s production values are second-to-none and the game is gorgeous and oozing with charm and detail.  Your main goal is to find enough orbs in each of the game’s worlds to remove the Uproar and take the fight to Vex himself. It’s basically a collect-a-thon. There are also multiplayer-only levels that can’t be played solo. 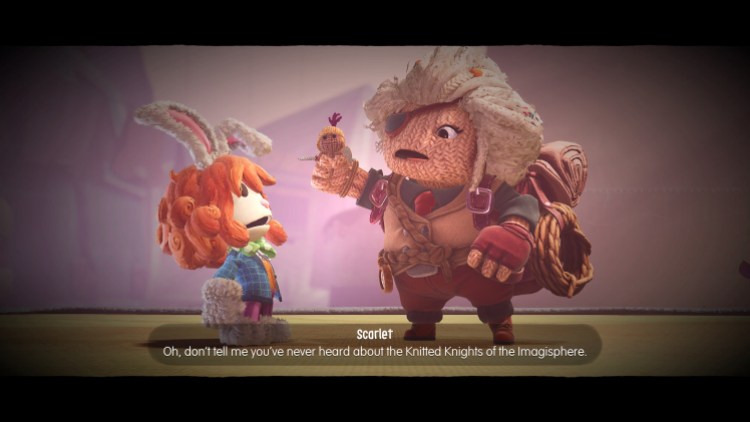 The level design in Sackboy: A Big Adventure is excellent and levels tend to offer unique gimmicks, such as herding animals in exchange for orbs or hurtling along on a train. Sackboy controls splendidly, with a small yet useful repertoire of moves. He can jump and slap enemies, plus there’s a jump-slap, a roll that can be continued indefinitely as long as you’re using the button, a spinning attack you use upon exiting a roll, and a ground pound. Each level offers bronze, gold, and silver rewards that you can get by increasing your score above certain thresholds.

You increase your score by seeking out silver spheres in the levels, as well as by beating enemies. It’s very enjoyable to thoroughly explore a level while trying to get your score as high as possible. Levels also have items you can use to customize Sackboy’s appearance. By default, there are a lot of costumes available, including ones that let you dress up as Ratchet and Clank, Sam from Death Stranding, Aloy from Horizon: Zero Dawn, and more. You can mix and match various pieces to have Sackboy look however you want. Levels are selected via the overworld and you’ll also find time trial stages and bonus games.

I love 3D platformers, so I think Sackboy: A Big Adventure is a wonderful time. However, it’s also $60 USD, which is pretty steep, considering. But people who like cute 3D platformers will likely massively enjoy themselves, as the level design, gameplay loop, and controls come together for a very cozy experience. As such, I’d say Sackboy: A Big Adventure is absolutely worth it. The game won’t sell as well as its PlayStation port brethren, which makes it a curious addition, considering. But the quality is all there. This is also a very good port that ran buttery smooth for me on a 3090 and 2600x, although some users have experienced stuttering. 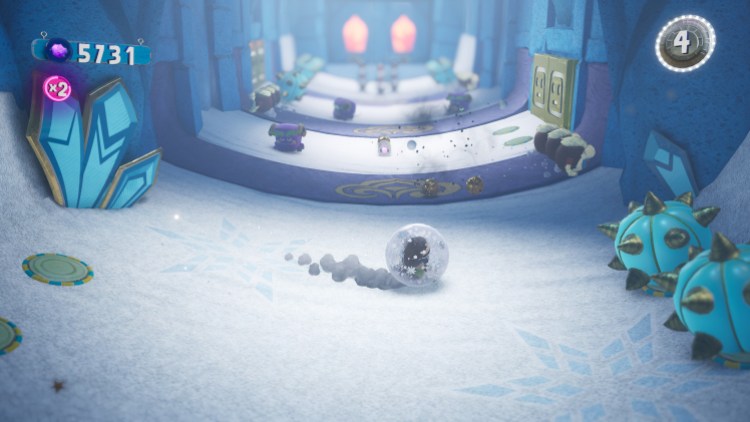 Signalis: How to open the Butterfly Pareidolia Safe in Rotfront