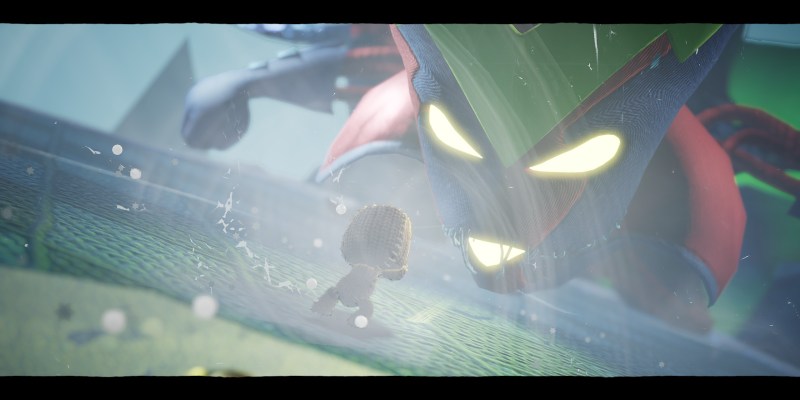 Surprisingly, PC got two PlayStation titles on PC this month. Sackboy: A Big Adventure doesn’t have the AAA pomp that the other former Sony exclusives we’ve received have offered, but it’s still a charming, worthwhile adventure on its own merits. The game launched today and I’m once again quite pleased with the quality of the port. Unlike previous ports, this one was actually ported by its original developer, Sumo Digital, who has a long history with the platform. Aside from some very minor hitches and some surprising multiplayer caveats, this is, once again, the best way to play the game.

At 1440p, my 3090 and 2600x comfortably maintained 120 fps with little issue. There are very occasional drops here and there in normal levels, with more of them in busier levels, but Sackboy: A Big Adventure is a smooth experience on PC. I did see some stuttering during cutscenes, though, which isn’t all that big of a deal. The gameplay feels perfectly responsive. For others, there have been some stutters during gameplay, likely due to shader compilation. On the Steam forums, a few people have stated that the game is so stuttery that it’s unplayable for them, but my experience doesn’t reflect that at all.

However, some problems seem to crop up with multiplayer. The game’s framerate appears to be locked to 60 fps whenever people play online. To add insult to injury, playing online appears to require an Epic Games account to be linked. This is a very bizarre requirement that I don’t at all understand. I’m not sure if anyone who plays the game on Epic’s launcher will have to do the opposite, as it’s 2022 and Epic still doesn’t have any sort of forum tied to its service. Let’s take a look at Sackboy: A Big Adventure‘s menus. 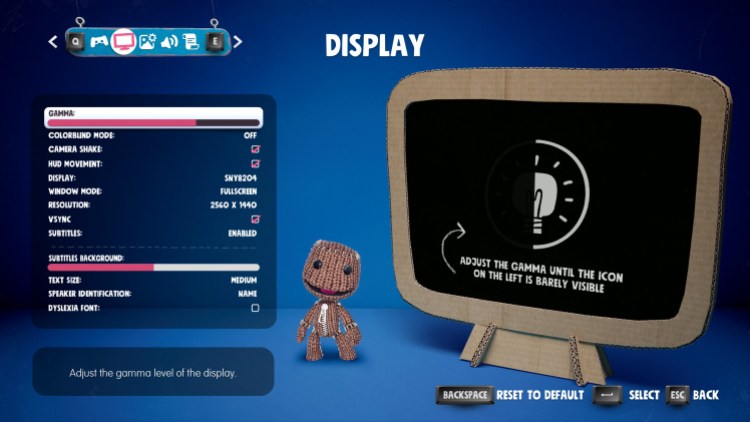 Sackboy: A Big Adventure has actual fullscreen and borderless modes instead of just having default borderless, which wasn’t the case for this month’s Uncharted collection. 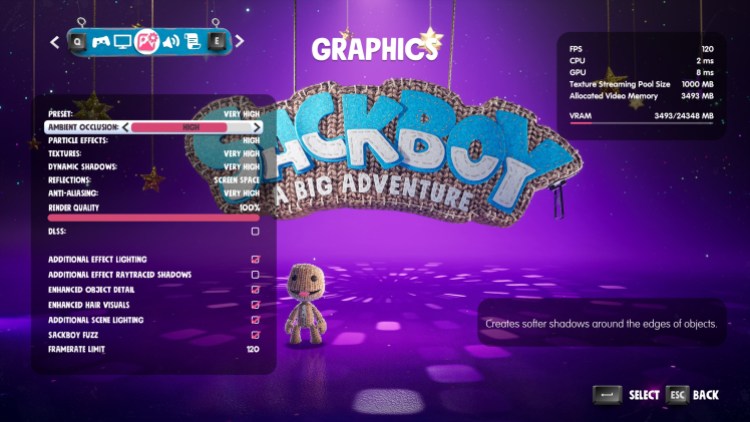 There are plenty of options available to reduce settings and increase performance. Granted, this is not a difficult game to run, so that won’t be necessary for many players. Still, the game is gorgeous and looks better than ever. You have the option to turn raytracing on and can even turn off Sackboy’s fuzz if you’re so inclined. The framerate limits are 60, 120, or unlimited, depending on what you want. DLSS 2 is included with the game, so you can make things nice and sharp even with weaker hardware. 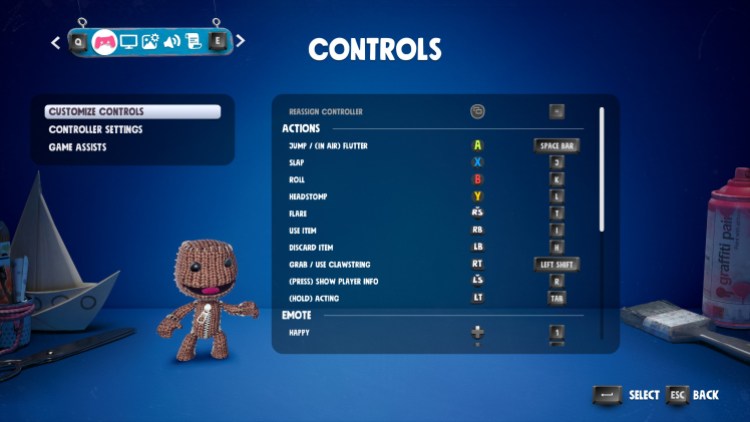 You can fully rebind both gamepad and keyboard controls. Sackboy: A Big Adventure is preferably played with a gamepad and the controls are fantastic. If you have a DualSense controller, you can make use of its active feedback with this title. One thing I do want to mention is that the game, just like other PS ports, requires you to share a certain amount of data. You can choose between full or limited, but there’s no turning it off.

Sackboy: A Big Adventure is a lovely game with a mostly lovely port, as long as you’re not hit by the stutters or bothered too much by the multiplayer choices. Much of the former is possibly mitigated by today’s Nvidia game-ready driver that was specially released for this game, so you might want to give that a shot if you’re having trouble. The majority of players seem to be fine without it, though.

Signalis: How to get Isa’s Rifle in Nowhere

Sackboy: A Big Adventure PC — Is it worth it?