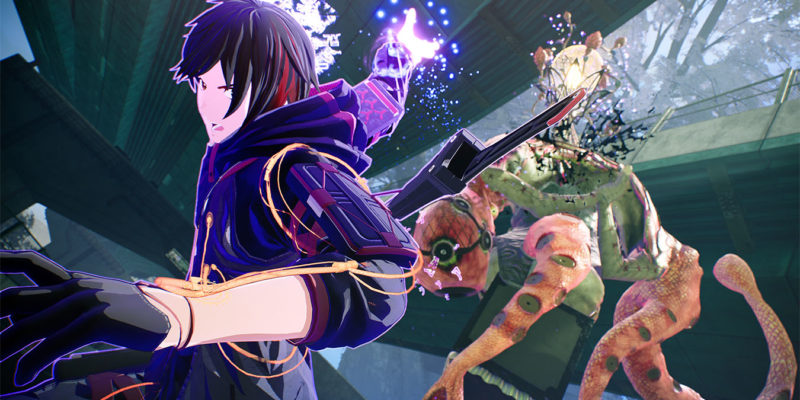 It’s never easy waiting for news on when exactly players will get to use cel-shaded anime women to violently beat enemies to death, but we’ve finally been graced with an answer. Scarlet Nexus, Bandai Namco’s upcoming action RPG will be released on June 25. That means we only have three months (and a week) to go before we’re able to return to a time when Bamco was releasing these anime action RPGs all the time. It’s been a while since we got a new Tales game, hasn’t it? It’s almost lonely without the series.

Not only do we now know when Scarlet Nexus will be available, but we also know what hungry fans will get for pre-ordering the game. Four unique extras will be included for doing so, although I’m not at all certain as to what any of the following means. Players will be granted cosmetics called “Dream Catcher” and “Face Vision Seal,” as well as an attachment set known as “Baki.” Finally, the pre-order incentives include something called Special Battle Attire Set -Audio-.

I’d imagine that’s simply the name given to a set of outfits, but the word ‘audio’ means that it could be music- or sound-effect related. I don’t know. I’m not sure if anyone reading this will know. We’ll most likely need to wait and find out the hard way.

Fight for the future

Scarlet Nexus will also launch with two special editions. The digital-only Deluxe Edition comes with the game’s soundtrack, a digital artbook, and another special attire set (this one is simply known as -Red-), and another cosmetic. It throws in a plug-in too (what do these words mean?!). The collector’s edition of the game is called the Guardian Edition, and includes a hardcover art book, three art prints, a sticker, and a steelbook case. It throws in everything from the Deluxe Edition, even though that one’s digital only. Huh. Funny how that works.