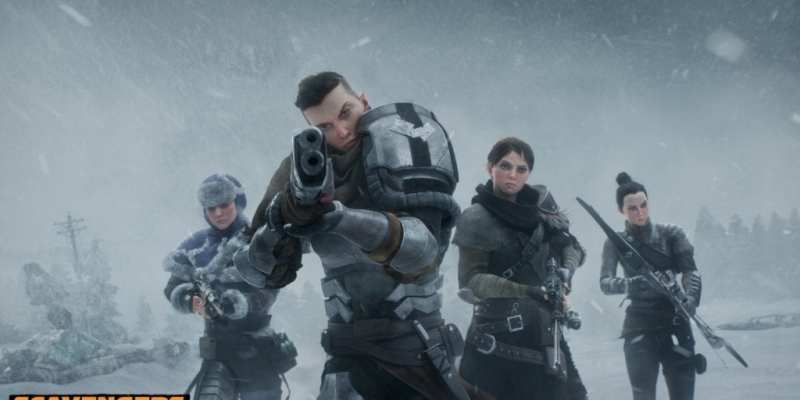 Do you like shooting things? Of course you do. Scavengers, an upcoming PvEvP survival shooter, has officially started its closed beta. If you’re interested, all you have to do is sign up here, click “join closed beta” and enter your e-mail address, and hopefully soon you’ll get a positive response. The game is being developed by Midwinter Entertainment, which has long functioned as support by developing content for many beloved games, such as Halo 4 and 5 , Battlefield 1 and 4, and FarmVille 2.

Scavengers is going to be completely free-to-play. In it, players are placed in teams of three before being let loose in sandboxes that offer a combination of PvP and PvE. As far as I’m aware, it sadly does not offer any sort of AvP. The game is set on a frozen Earth in the future, which is appropriate for a developer with the word “winter” in its name. The game also lets players make use of various abilities and weapons unique to the class they picked, so there should be some variation to be had. If you’re curious as to why Earth is frozen, apparently an asteroid destroyed the moon. This, however, clashes with reality since Piccolo destroyed the moon years ago to stop Gohan from rampaging and nothing froze.

In cold temperatures, hot lead warms you up in the wrong way

This open beta announcement comes hot on the heels of the new trailer above that premiered during The Game Awards last night. It does a good job of making the game look fun, with its combination of mutant-blasting and PvP. No release date has been announced for Scavengers at this point, but it’s looking like it will release sometime next year. That’s if the Earth doesn’t freeze over before we even get there. What? There are still weeks of 2020 left; anything could happen.

Cyberpunk 2077: How to fast travel through Night City

By Kurt Perry14 mins ago
News