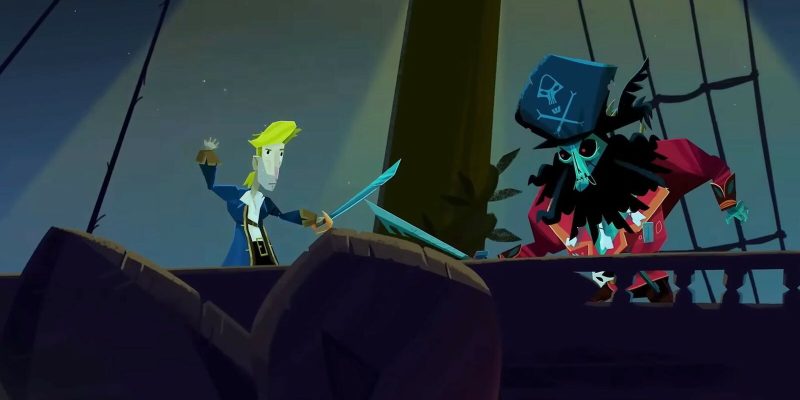 Despite the controversy surrounding Return to Monkey Island’s art style and the unfortunate abuse that the developers went through as a result, many fans still anticipate the game with high hopes. Receiving a new Monkey Island game from series creator Ron Gilbert after so long came as a dream come true for many, as his work on the first two installments remains quite fondly remembered. Fortunately, it turns out that the game’s release lies right around the corner. During today’s Opening Night Live event, publisher Devolver Digital unveiled a new trailer for Return to Monkey Island that finally showcases the game’s release date. As if it was a legendary buried treasure found on a secluded island, the release date was revealed to be Sept. 19, less than a month from now.

The release date trailer depicts the series staple salesman Stan advertising some of the game’s locations while behaving like an eccentric game show host. Notably, he emphasizes that Sept. 19 also serves as International Talk Like a Pirate Day. What better way to celebrate than to play the quintessential pirate-themed point-and-click adventure game?

Look out for the pre-order “bonus”

Additionally, Stan specifically highlights the game’s preorder bonus, which comes in the form of shiny horse armor that does nothing except take up space in your inventory. Right after the trailer ended during today’s gamescom show, Geoff Keighley briefly spoke about how funny it is that the horse armor has no practical use. Because as we all know, if you state the joke again, it becomes ten times funnier.

That aside, the fact that the release date for Return to Monkey Island will arrive so soon almost feels surreal. Over three decades have passed since Gilbert last worked on the Monkey Island series, so it will definitely be exciting for fans to see how his vision for the franchise has evolved since then.

Under the Waves has been announced at Gamescom 2022