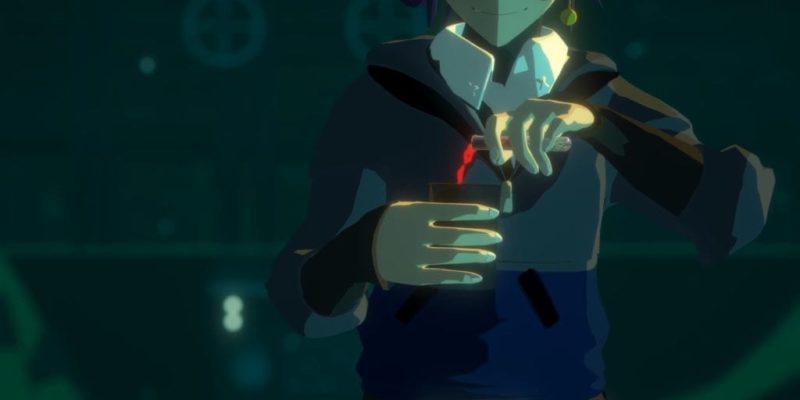 How strong does coffee need to be if it’s for a ghost? Do lost souls like a dark roast? Do wayward spirits feel jittery if they have too much caffeine? I don’t know the answer to any of these questions. But I know that Necrobarista, an upcoming game a magic cafe where the undead congregate, looks great.

Although it’s been in development for a little while, developer Route 59 hasn’t shown too much of Necrobarista. The independent developer’s keep its work under wraps. But, with a newly announced PS4 port (alongside a PC and Switch launch) and an exciting new trailer, it’s time to start paying attention.

If today’s the first you’re hearing about Necrobarista, let’s get you up to speed. It’s a visual novel set in a Melbourne coffee shop. As a basic premise, it’s rather bland. But Necrobarista’s twist is that Maddy, the cafe’s owner, moonlights as a necromancer. The dead can spend one last day on earth in her establishment, sipping coffee and mingling with mortal customers. Players experience the game’s narrative from several different perspectives. According to the developer, Necrobarista‘s story comes together over a series of vignettes, all told from the different cafe patrons’ point of view.

Necrobarista‘s cell-shaped art helps sell the game’s supernatural fiction. Even without proper narration in the game’s most recent trailer, its characters come to life — even if they’re already dead.

Serving up a demo soon

In addition to playing through the game’s visual novel segments, Necrobarista also allows players a chance to explore the magic cafe. In a move that sounds similar to Catherine, players can wander around the coffee shop and interact with patrons, learn more about the establishment, and soak in the atmosphere.

Route 59 games confirmed an upcoming demo, as well. According to the developer, a Necrobarista demo will land on Steam sometime before the game’s official launch. It’s a smart move, as Necrobarista‘s cinematic aspirations and visual novel gameplay aren’t exactly a common recipe. “Necrobarista is a fresh new take on the visual novel,” said Kevin Chen, lead designer, Route 59 Games in a press release accompanying the game’s new trailer. “After spending the past few years cultivating this robust blend of narrative elements, we look forward to sharing the fruits of our efforts with players when we launch next year.”