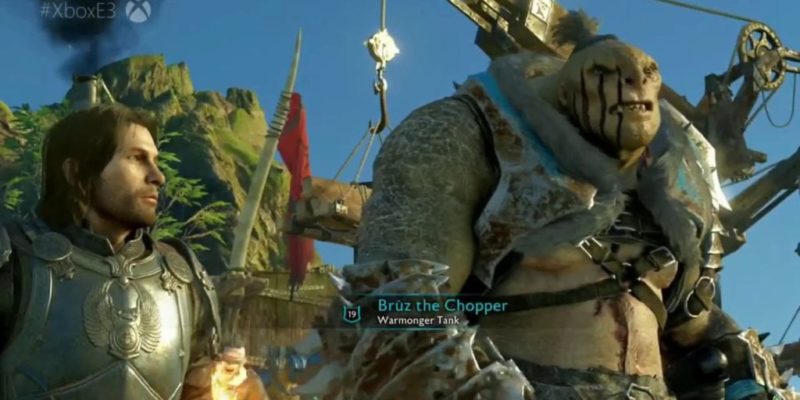 Middle-Earth: Shadow of War got a five or six minute spot during Microsoft’s E3 2017 event, including a bit more new footage from the sequel. Pride of place was given to Bruz the Chopper, an Australian Orc with an unusually irreverent line of banter.

Besides a bit of bantz, Bruz loves pulling the heads off his opponents and (with a bit of persuasion) helping out the Bright Lord Talion in his efforts to conquer Mordor. To that end, Bruz points Talion in the direction of the nearest fortress and gives him some tips about its occupants.

There’s a look at the menu system for choosing who to bring with you on a Shadow of War fortress assault, plus further footage of a fight with an Orc called Pushkrimp the Machine. On the whole, he’s a lot less agreeable than Bruz. Here’s the footage; it’s a little low quality because it’s captured from the stream. Shadow of War is out on 10 October.

The Last Night gets a moody 2D post-cyberpunk trailer

PC Indies re-announced at Microsoft E3 2017 round up