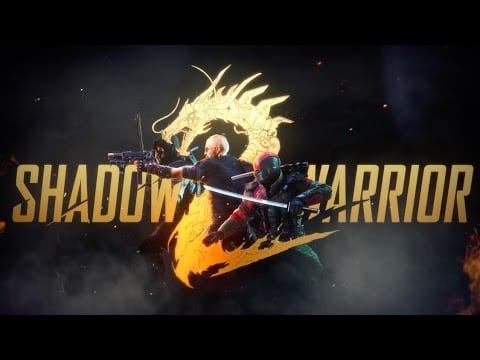 We’re going to have to dig pretty deep for some new Wang jokes for Shadow Warrior 2, but it helps that Stan Bush is doing the soundtrack and ‘The Touch’ shows up again. Bush, Wang, touching; there’s enough to work with there.

Anyway, the game launches tomorrow on PC, which means today’s ‘launch’ trailer is pretty much on time. In it, you’ll see Wang and friends cutting up a bunch of hapless foes in various ways, and a drive-by gallery of the game’s characters. For those who haven’t been keeping track of Shadow Warrior 2, it’s a fairly different game to its predecessor.

Where the first (remade) title was a linear-type FPS (or first-person melee-er, really), the sequel is adding four-player co-op, more open, procedural levels, enemies with health bars and numbers that pop out when you hit them, and scads of upgrades for your weapons that do things like “+7% fire attack and +2% against smaller enemies” and the like. The same tight, melee combat and movement options (dashes and stuff) are there, but they’re now inside a pretty different structure.

We’ve got review code, so I’ll be taking a more in-depth look at that in the next few days. Here’s the trailer.