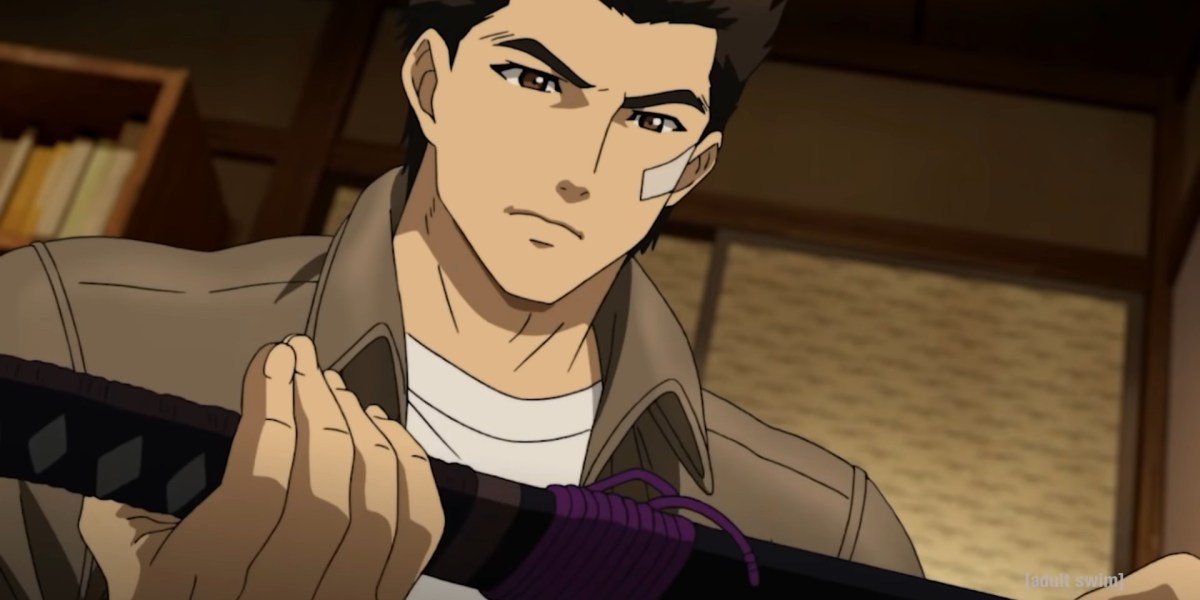 Crunchyroll and Adult Swim are gearing up to release Shenmue the Animation in only a couple weeks. The show adapts Yu Suzuki’s magnum opus, Shenmue, an ambitious RPG form the Dreamcast era that attempted to redefine immersive, open-world experiences. While the game and its sequel failed to garner attention, the series’ legacy continued. It wasn’t long ago we finally got Shenmue III. And now, the anime based on the show is about to dropkick its way into reality.

With only a short time to go, Adult Swim shared a dubbed trailer for Shenmue the Animation. Yes, yes, I get it. Many ‘hardcore’ anime fans may balk at English dubs, but this doesn’t seem so bad. Ryo Hazuki, and hunter of sailors and hero of the series, is getting voiced by Austin Tindle, who has amassed one hell of a voice acting career for dubbed anime. Lan Di, the man who kills Ryo’s father to set off the roller coaster of a story, is voiced by Scott Gibbs in the dub. Crunchyroll has already revealed the voice actors for the majority of the show’s major players, so check that out when you get the chance.

Shenmue the Animation looks to cover a good portion, if not all, of the first two games. The new trailer itself doesn’t quite explore much of Shenmue II, but a lot of the marketing material contains its characters. Joy, Ren, and Dou Niu are clearly going to be a part of the series. There will be 13 episodes, but I’m not certain how far into Shenmue II the story will reach. Shenhua will be included, so it’s safe to say it’ll wrap up the second game’s story. Check out the dubbed trailer for Shenmue the Animation, which will debut for Crunchyroll on February 5.

When’s the next chapter?

Shenmue fans will no doubt be hopeful that the anime will spark interest in a fourth game. Right now, the fate of the game series is up in the air. Even with Shenmue III, Suzuki isn’t done with Ryo’s tale. Far from it, in fact. The third game is less than half of the story Suzuki envisions.