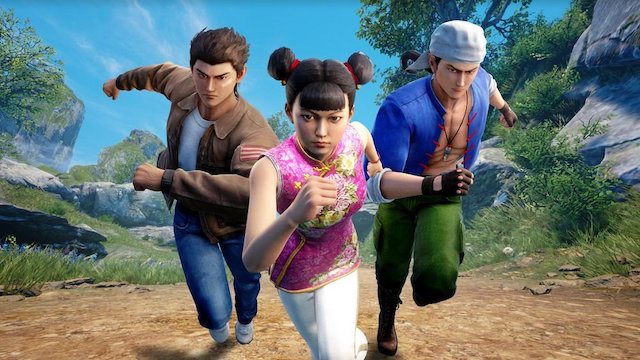 A few months after its arrival in the gaming market, Shenmue III is ready to ring in the New Year with some fresh DLC. Surprisingly enough, it’s not of the usual adventure variety, either.

Today, Deep Silver and Ys Net announced the first downloadable content pack for the game, named Battle Rally. It will introduce a variety of gaming events, in which Ryo and company will show off their competitive side. It’s set to debut on January 21.

Are you ready to Rally in Shenmue III?

Alongside the main hero, Ryo Hazuki, Shenmue III’s DLC will give gamers the opportunity to play as some other characters. This includes Wuying Ren, who’s always down to hunt for treasure, and Ryo’s sparring partner, Wei Zhen. As you cross the finish line with any of these characters, you’ll score a sweet bounty of “truly awesome items,” according to the press release.

While partaking in these activities, Battle Rally will also provide a golden opportunity to seek out Bailu’s official mascot, Bailu-chan. As you find more over the course of your race, you’ll earn an advantage over your opponents. The devs haven’t disclosed exactly what that advantage will be just yet, but we’re sure to find out more soon.

There’s no trailer for the DLC just yet, so we can’t see Battle Rally in action. However, if it fits in with Shenmue III‘s design, fans are surely in for a treat. Now we just need to see what cute prizes are in store — and if we’ll get a separate forklift racing event. (No, fans, we haven’t forgotten…)

Shenmue III’s Battle Rally DLC will be $7.99 when it becomes available next week. Those who previously purchased the Complete DLC Collection when the game first came out will get it at no additional charge.

You can check out an earlier trailer for Shenmue III below, and get the game now on Epic Games Store.

Contest: Pong and a KitchenAid made love, birthed TOASTERBALL