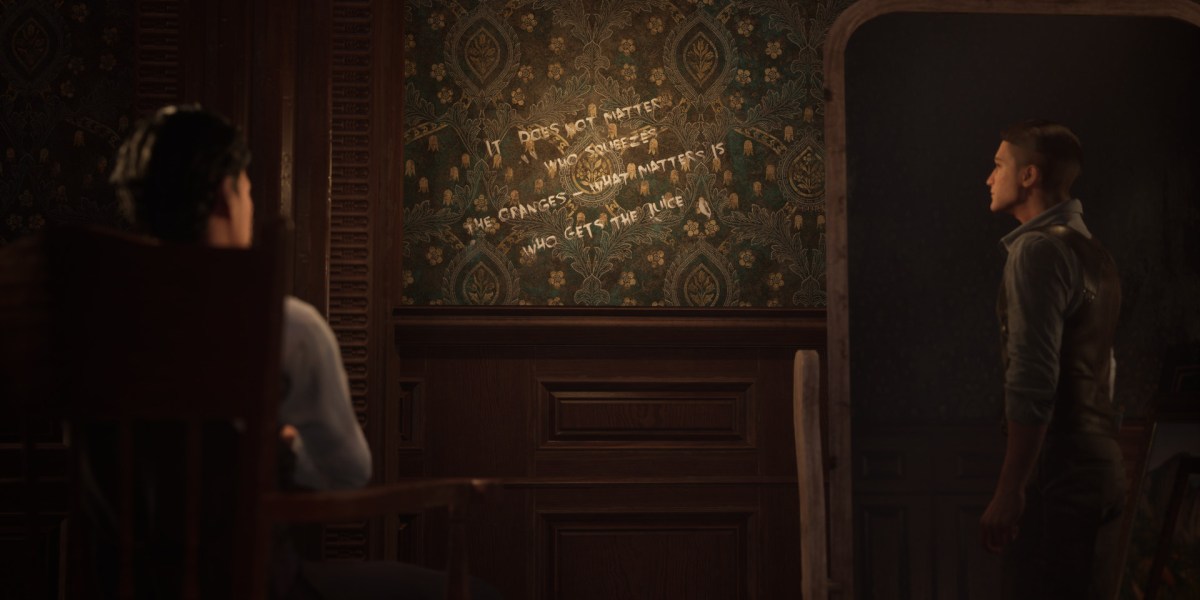 Sherlock Holmes Chapter One: Beyond a Joke DLC guide – Finding The Amazing Alonso

Let’s discuss how we can find The Amazing Alonso, so we can conclude the Beyond a Joke DLC in Sherlock Holmes Chapter One.

Once you’ve collected all the evidence in the three manors, you’ll receive a Trail of Clues in your Casebook. Pin this and go to the City Hall’s archives: You’ll learn of an establishment called Gimbal’s Costume Atelier. It’s on Copper Street, between Lestrade Road and Furrier Street, at the northern section of Miner’s End.

When you reach it, you’ll find The Amazing Alonso. It seems the magician is wearing a fake mustache. If you talk to The Amazing Alonso, you can create a character profile to determine that she’s actually a woman. During this time period, pretending to be a man was the only way for her to have a career as a magician. You should then be able to enter Gimbal’s Costume Atelier. Inside, you’ll have to battle several thugs, including multiple opponents with armor pieces.

Take them out however you see fit. Then, look for a metal gate that leads you downstairs. In the first room, you can check the butterfly cage and information board.

Likewise, the desk has three clues that you can examine – i.e., the clock, the broken lock, and the oranges. In the second room, meanwhile, you can grab the rolled-up painting. Moreover, you can examine the phonograph, a portrait, and a letter (once you pick up the portrait).

The master thief is actually none other than Arsene Lupin. Unfortunately, you don’t even get to see him, as this is just a reference or Easter egg. Anyway, head back outside and talk to The Amazing Alonso (aka. Melinda). You can choose to tell her the truth, as well as what she should do with the painting.

This completes the Beyond a Joke DLC in Sherlock Holmes Chapter One. You’ll receive 30x currency and the Newcomer Outfit for your efforts. Sherlock Holmes Chapter One is available via Steam. Beyond a Joke is available as a separate purchase or as part of the Season Pass. For more information, check out our guides and features hub.

By Jason Rodriguez42 mins ago
Guides

By Jason Rodriguez53 mins ago
Guides