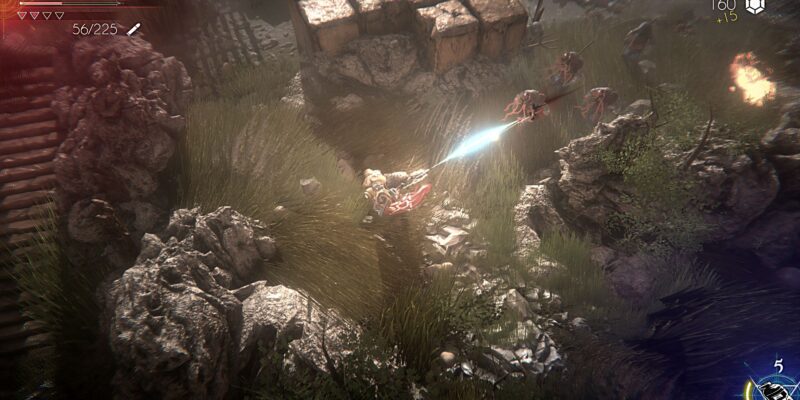 Oftentimes, even if they do not end up as system sellers, the simplest games can grab a players attention when they adopt a quirky premise. Clid the Snail, an upcoming project by developer Weird Beluga Studio, almost certainly falls into this category. On its surface, the game seems like a fairly standard top-down shooter. But with its humanoid snail protagonist and a wacky sense of humor, some may become more interested in the game than they would have otherwise. Clid the Snail will come out tomorrow on PlayStation consoles, but PC players who wish to try the game out can do so sometime during late 2021.

The recently revealed release trailer for Clid the Snail plays up the game’s absurdist nature, as it features a nature documentary narrator, footage of a real-life snail, and a cheesy rock track. Clid the Snail sports a gritty, photorealistic style, which may trick those who only look at screenshots into believing that the game plays its premise straight like FIST: Forged in Shadow Torch does. But watching the main character dancing, and listening to his goofy voice will immediately dispel any notion that the game takes itself too seriously.

According to the Steam page, Clid the Snail takes place “in a world where only the distant memory of human existence still lingers.” The main character, Clid, lives in exile, and he comes across a firefly companion and a band of outcasts that he soon befriends. At this point, Clid “discover[s] a new purpose,” which involves “exterminating the mysterious slug plague that is ravaging the land.”

At the very least, Clid the Snail looks like an amusing take on the top-down shooter that some will become curious to experience. If the late 2021 release window holds, then PC players will only have to wait, at most, a few months before giving Clid the Snail a whirl.

Several PSU and SSD brands are skimping on components and performance