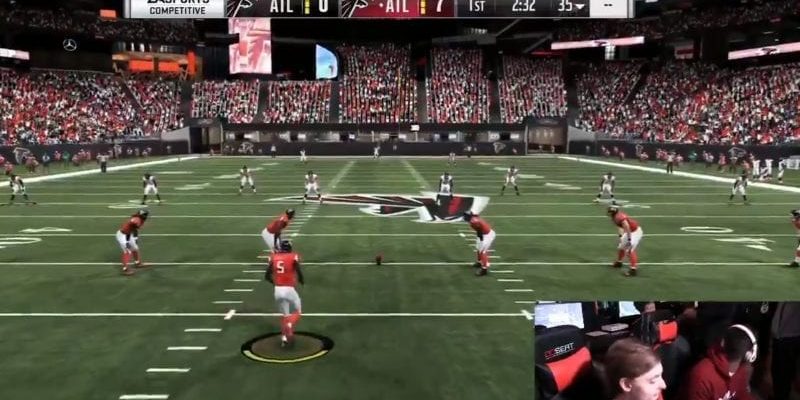 UPDATE: The following participants in the tournament have been confirmed safe: JoelCP, YoungDrini (shot in the thumb), Michael Skimbo, Tweez, Kiv, and G-Tech. Tweets from G-Tech. G-Tech suffered two wounds.

I’m good… got hit twice. Lower body. One went through. The other was lodged

UPDATE: The Jacksonville Sheriff’s Department held a live press conference regarding the shooting. Updates are promised in a few “hours.” Four are confirmed dead, 11 injured, one person is in critical condition at a local hospital.

UPDATE: Unconfirmed reports state that player Trueboy was one of the fatalities in the shooting. WARNING: Graphic content. A slowed down video prior to the shooting shows what appears to be a red dot on Trueboy’s chest area.

UPDATE: EA has responded to the shooting at the Madden tournament via Twitter.

This is a horrible situation, and our deepest sympathies go out to all involved.

UPDATE: Although these updates are unconfirmed, the shooter may have brought the gun to the tournament, opening fire after losing but not before turning the gun on himself.

There have been many reports this morning of multiple shots fired during a Madden tournament. The tournament was being played at an esports bar. The bar is located in Jacksonville, Florida, where multiple reports have claimed numerous fatalities during the event. WJXT-TV reports that there are four dead at the scene. The following tweet from streamer Ninkat captured the moments when shots rang out.

The tournament was taking place at the GLHF Game Bar. At this point, the national media in the US have started to report new details about the shooting. The Jacksonville sheriff’s department has also issued a warning on Twitter considering the shooting. They are asking that anyone near the area “STAY AWAY.”

Mass shooting at the Jacksonville Landing. Stay far away from the area. The area is not safe at this time. STAY AWAY #TheLandingMassShooting

The event was held as a qualifier for the Madden 19 Classic. EA Sports was also sponsoring the event.

New Ys game confirmed to be in development