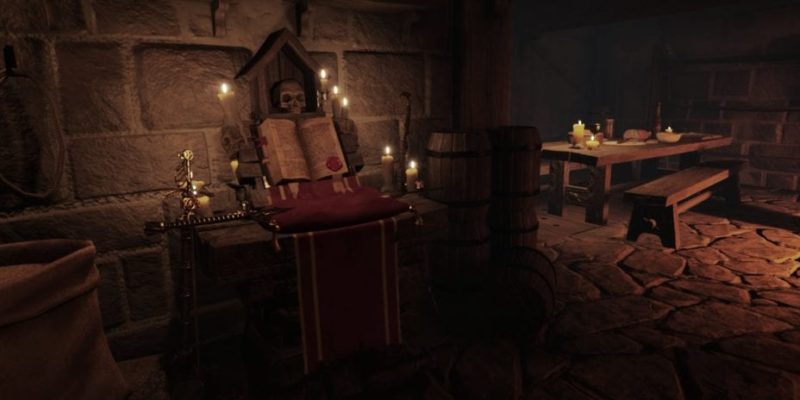 A new trailer for Warhammer: End Times – Vermintide Sigmar’s Blessing DLC has appeared this morning in time for the update’s release.

The free DLC comes with a new Veteran weapon tier, new Traits, and new Hero Trinkets. A Shrine of Solace has been added to Red Moon Inn where players can pray to spend tokens and there’s changes to the Forge with more salvaging options. There’s a long list of changes which you can find below.

Feature Changes
– Added Shrine of Solace to Red Moon Inn (Unlocks at level 5)
– Added Page 1 of 3 to Shrine of Solace: PRAY – Spend Tokens to acquire loot (More coming soon!)
– Added New Weapon Tier: Veteran – Each Veteran weapon is unique and can only be obtained once. Their traits can only roll perfectly.
– Added 40 Veteran Weapons

– Reworked Tokens
Tokens have been significantly reworked in 1.1 and will now be far more valuable than before.
‣ Increased amount of tokens received for salvaging items
‣ Increased trait upgrade costs
‣ Tokens are now rewarded upon mission defeat if the party progressed sufficiently
‣ Tokens can now be used to Pray for items in the Shrine of Sigmar and replace items whilst Fusing in the Forge

Levels
– Moved several secrets on Horn of Magnus (Good luck!)
– Made the top floor of Mother Black at the end of Engines of War harder to defend
– Reworked barrel spawning on Black Powder
– Fixed some cases where players could get a head start on The White Rat by bypassing the barricade in the beginning.
– Fixed several exploits
– Fixed a number of visual issues on all levels

Rat Ogres
– Rat Ogres will now slam ladders, causing players to lose grip and fall
– Tweaked ground slam collision detection to be better in line with the animation
– Fixed an issue where Rat Ogres would attempt to attack players when they couldn’t reach them

Performance
– Fixed an issue where bots could get stuck when many enemies were present
– Improved performance during spectator mode
– Improved performance of ragdolls
– Optimized menus & UI to reduce CPU usage
– Optimized several AI systems
– Added setting to switch transparency quality for enemy fur. Reduces transparency cost on GPU significantly when looking at a horde of skaven.

Witch Hunter
Rapier&Pistol
– Fixed an issue where pushes could occur twice
– Increased run speed while parrying to -25%, from -50%
– Increased fire rate of Pistol

Wood Elf 1h Sword
– Slightly sped up light attack combo but added a slightly longer delay between combos.
– Fixed an inaccuracy in the weapon compare statistics for the heavy swing where white and green would show the exotic’s damage stat rather than their own. 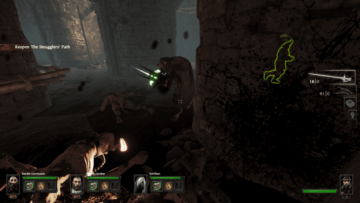