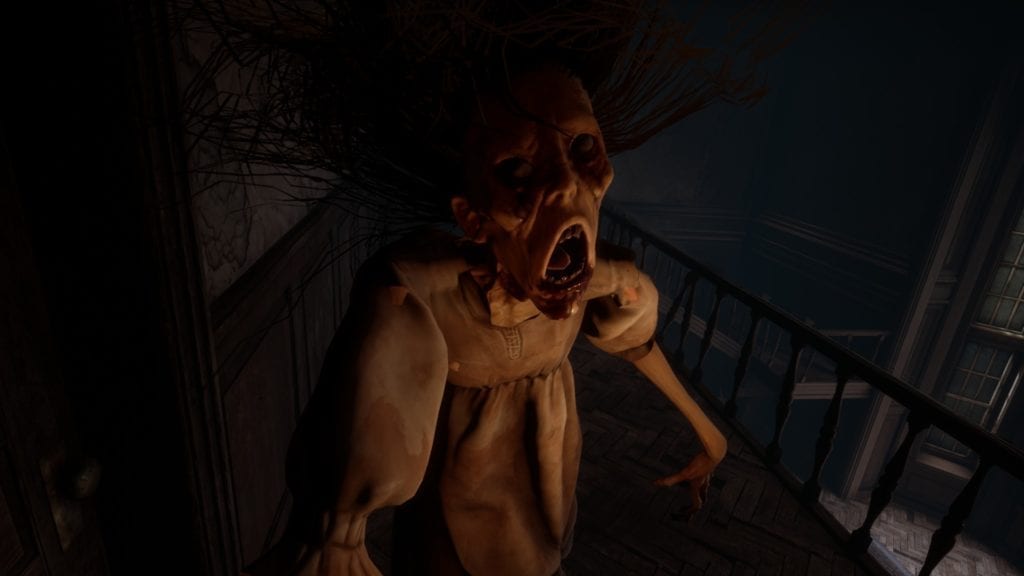 There are certain rules when it comes to making horror games. When in doubt, set your game in a dilapidated, haunted mansion. Put some ghosts in it. Maybe a possessed puppet. Don’t forget the jumpscares! Silver Chains does all this in its brief runtime. But is it a spooky experience? Or is this a well the devs shouldn’t have tried to draw water from?

Silver Chains tells the story of a man named Peter. It starts with him waking up outside a mansion that he doesn’t recognize and with no recollection of how he got there. Peter doesn’t remember most things, because he is an idiot. Don’t be like Peter. Before he can figure out what he’s doing there, he passes out and wakes up inside the mansion. Once in it, it’s up to him to piece together what happened and figure out what any of this mess has to do with him whilst evading spirits and collecting diary pages.

The game is very narrative-heavy but isn’t a walking simulator, and that story is fairly decent when it isn’t leaning extra hard on cliches. There are numerous twists and turns, some all-too-obvious and others not so much. The game is littered with diary pages that fill in details, and it has some solid cutscenes that keep things moving. Regardless of its familiarity, the story was enough to hold my interest for the five-hour duration of the game. However, numerous issues mar Silver Chains as a whole. 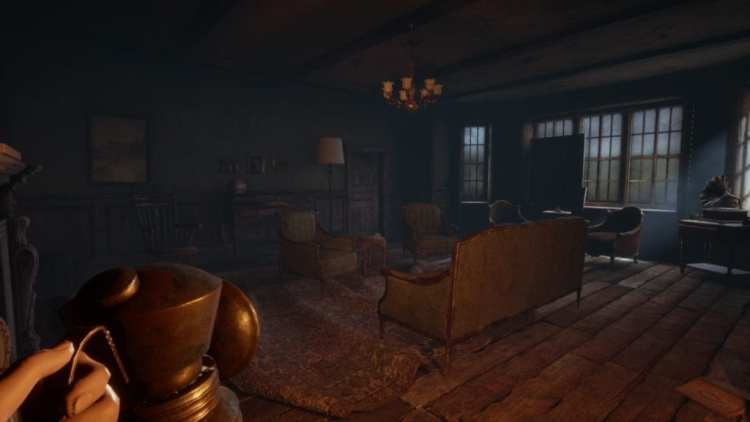 Silver Chains is more of a narrative adventure game than anything else. You explore the mansion and find items and keys to use to progress. It’s generally pretty clear where to go as well. That being said, there were some questionable spots.

Early on, the signposting is quite poor. At one point, I walked into a room and searched it, only to find a note on the floor. Then, I picked it up and read it, which unlocked something in another room. I interacted with the new thing in that room, only for no obvious way forward to present itself. After walking around the available area for a time, I returned to where I found the note. There was a new note in its place that contained a key. Things became more clear after that, but this opening part left a bit of a sour taste in my mouth.

Afterward, you unlock a bit more of the mansion before gaining access to the entire thing. The mansion itself is fine and believably-designed. However, the game can become annoyingly fetch-questy at times. That isn’t a big deal, but it is a bit surprising to see in such a short game.

Aside from exploring, reading diary entries, collecting items, and the occasional puzzle, Silver Chains also has a handful of encounters with enemies. When one of these shows up, you’re supposed to get away and hide in a conveniently-placed cabinet. If you don’t hide or escape, the enemy will grab you and instantly kill you. It’s pretty standard stuff and contributes to making the mansion feel somewhat unsafe, but these sequences can be tedious. I have to say, though, the game can prove fairly scary at times, and I enjoyed the atmosphere. Even many of the jump scares got me, aside from the first one which was so typical I literally burst out laughing. But the sequences with enemies lead to the two scariest things about the game – the load times and general performance. 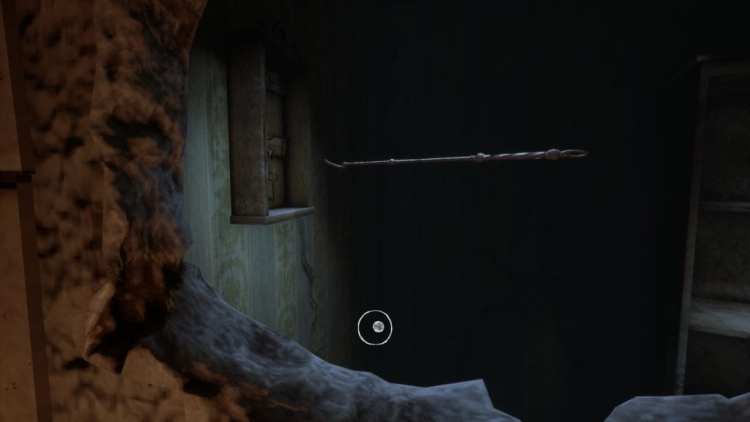 Most of the times I encountered enemies, it caused my framerate to dive into the single digits. This, naturally, made me unable to move, which got me killed. And when you die, Silver Chains loads the entire mansion from scratch. I timed it once, and it took a bit more than a minute-and-a-half on my machine. But more on that soon. Performance issues extend beyond enemy encounters as well. Even though the game doesn’t seem like it should require high specs, it does. I could be in a room with nothing in it and the framerate would randomly drop from 60 FPS to 45 or lower.

And these drops are constant. Simply exploring the mansion met me with a massive amount of hitches and stutters. Silver Chains runs on the Unreal 4 engine, which is frequently a cause for concern when optimization is poor. But even compared to much larger, more complex UE 4 games, this game’s optimization is in a terrible league of its own. Even turning my settings down to minimum didn’t make the game any less of a pain to get through. I hope some patches even it out, because this is not acceptable.

But the thing that put the last, sharpest nail in the coffin for Silver Chains is the game’s climactic event. I don’t want to spoil the whole game or anything, but it takes place in a closed-in area in the mansion and has you running from an enemy in a maze. You have to collect items to end the sequence, except one of them is behind two steam pipes, so you have to turn them off before collecting it. This means that you have to figure out where both pipes are and turn them off while the enemy is chasing you down. But it takes a few seconds to turn the valve handle, and it isn’t exactly clear how long you’re supposed to turn it, so the enemy can easily catch up to you while you do this.

And yes, if it catches you, you die and have to start the entire sequence over again from the beginning. 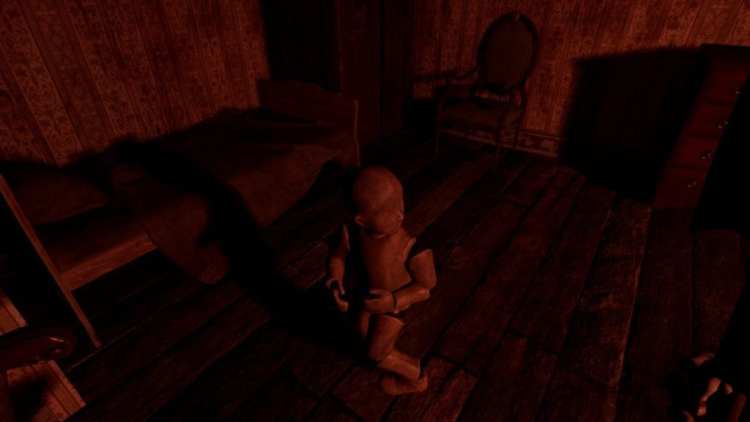 This part of the game is simply torturous. It’s so awful that I’m surprised the people who made the rest of the game thought it was a good idea to put it in. I was a particular combination of miserable and bored during this sequence and wouldn’t wish it on another person. One of the main things that makes it so awful is that I had to memorize the entire maze and run practice laps just to accomplish it without getting grabbed.

Silver Chains does show you where everything is, though. You get a monocle early on that lets you see points of interest, which gives some needed guidance. You can use the monocle during this final sequence to see where the items and valves are. But it makes the screen dark, so you can’t make good use of it while running away, so it’s just another bad choice. The entire rest of the game took me four hours, but just this ending sequence took me an entire hour of practice. But that’s not even the worst part.

Get a load of this

Every time you get grabbed, the game has to load again. But it doesn’t just load the small area you’re in. It loads the whole house. Each failure met me with a minute-and-a-half load time while I waited for another attempt. I’m not sure how much of my hour at the finale was spent waiting on loading screens. And to beat the enemy after collecting the last item, you have to perform an act you’ve never done before, which is easy to screw up. So I had to go through yet another load screen and do the whole thing again just to try and figure out what exactly it wanted me to do. Easily one of the worst sequences I’ve seen in any game. 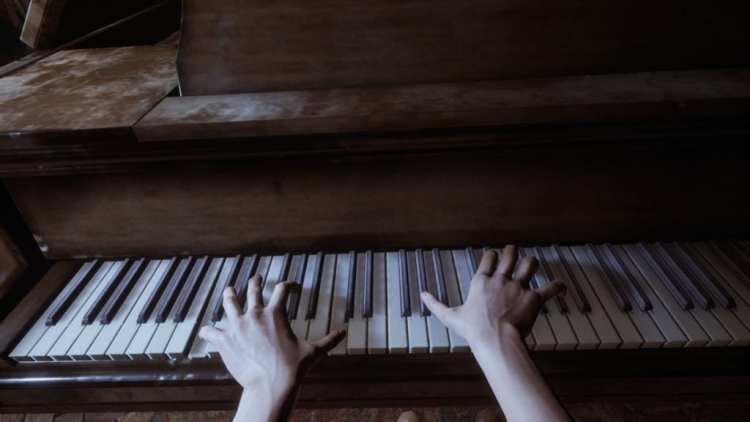 And after all of that, once you win, you’re treated to an ending cutscene that’s less than a minute long. It not only fails to wrap up the story, but it introduces more questions than it answers. It made me feel like the entire preceding game had just been wasted on nothing. Before that, the story wasn’t great by any means, but it had me curious to see if the revelations and details would make it worthwhile. But nope.

Silver Chains can be a scary time with an intriguing story. However, the game‘s performance is broken, it makes some truly horrendous choices, and the story goes nowhere. As such, I can’t recommend that anyone play it unless they’re the forgiving sort and just really love exploring mansions. If the devs significantly improve performance and do something about that terrible final sequence, it could make for a significantly better experience. But the story is the focus of the game, and it goes nowhere, so even then you should temper your expectations.

Silver Chains has a spooky atmosphere and an interesting, if typical, narrative. But its horrifying performance issues and the completely horrible final sequence put a pretty big damper on the game as a whole.