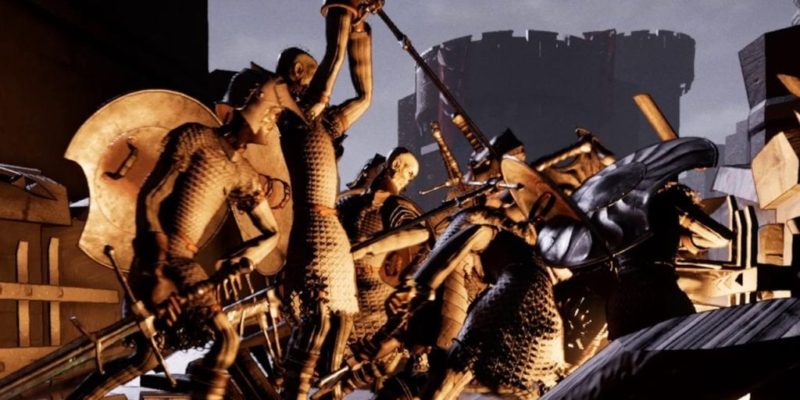 Sounds like it’ll be a bit like Furi, where you go straight from one to the other. Sinner: Sacrifice for Redemption has an interesting twist going for it, though. After every battle, Adam has to select a stat to reduce before heading into the next encounter. So as well as the bosses (presumably) getting tougher, you’ll also be getting a bit weaker every step of the way.

There will be different unlockable weapons to select from, and Adam’s interactions with the bosses will ultimately determine which one of multiple endings you’ll receive. Sinner is due out in early 2018. It’ll be playable at Gamescom though, if you happen to be in Cologne in late August. Here’s a trailer.

Citadel: Forged With Fire gets Skeletons, Castle props on Wednesday