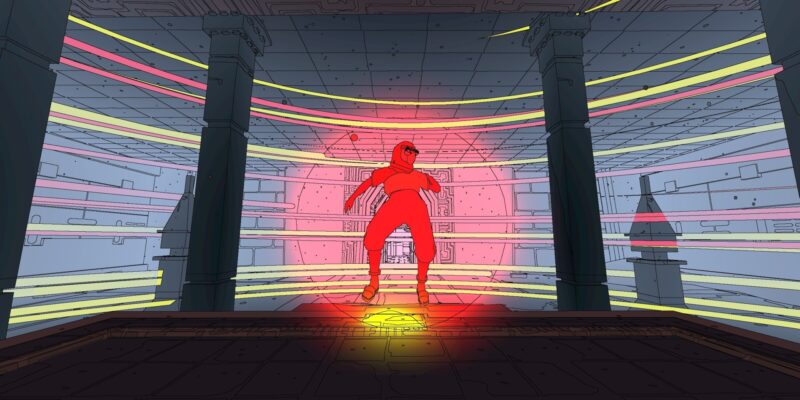 Sable offers an entire world of things to explore, but it doesn’t tell you everything upfront. Honestly, you should go in blind, as simply exploring and logically looking around empty spaces on your map will often give you enough of an idea to get around. But if you’re the type of person who likes to have a better idea of what they’re in for, I’ve whipped up some quick tips for you to more easily get your bearings in Sable.

Rev up your hoverbike and put on your favorite pants, because it’s time to glide through the wasteland.

The worms are your stamina

You’ll see these little guys dancing around all over the place. They’re called Chum Eggs, and they’re how you increase your maximum stamina in Sable. Always prioritize collecting them. They can be returned to the Chum Queen in the Western section of the region you entered immediately after you finished the tutorial. Just look at the horizon and you pretty much can’t miss it. Simply head inside at the base (don’t try to climb it) and you’ll find the Queen inside. Every time you turn in her required number of eggs, you’ll get 50% of your starting stamina added to the pool.

Most quests can be found in settlements

The majority of Sable‘s quests will obviously be where the people are. There are several major settlements, each with their own quests on offer. You’ll find them as long as you thoroughly search around, plus some are pretty hard to miss considering their size. When it comes to getting badges, completing quests is your best bet, so it’s a good idea to keep those in mind. You can also find any quest items without actually taking on said quest, so you can even turn in a quest immediately after accepting it if you’ve already found what the quest giver was looking for. 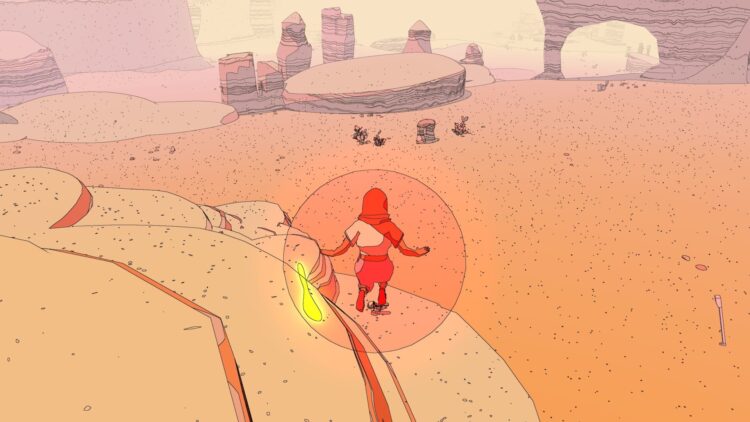 Look to the balloons

You can buy a map for each of Sable‘s six main regions. Doing this isn’t all that important, as it just colors in the landscape on your map. What is horribly useful is that you can fast travel to these sections and talk to the cartographers there. They’ll tell you all about a region’s main points of interest, plus, you’ll even be able to see many of these from up high on the balloons. Simply put, when you find a region’s balloon, you gain ready access to important information and a great vantage point.

Any time you see a location’s name show up on screen while playing Sable, it gets added to your map. All you need to do is select the icon and you can fast travel right to it along with your bike. As such, you’ll definitely want to keep exploring a place until the name pops up if you’re planning on heading elsewhere. Otherwise, you’ll need to find the location all over again.

There are more badges than you need

You need three badges to get a mask in Sable, but that doesn’t mean that there are only three of each badge. Even if you miss out on some quests, you can still find enough badges. For instance, the guard badge is one of the game’s freebies. You can get three from a single character as long as you track her down as she changes locations. You’ll find her at the very first settlement and she even tells you where she’s going. But there are more guard badges to get ahold of than just her three. 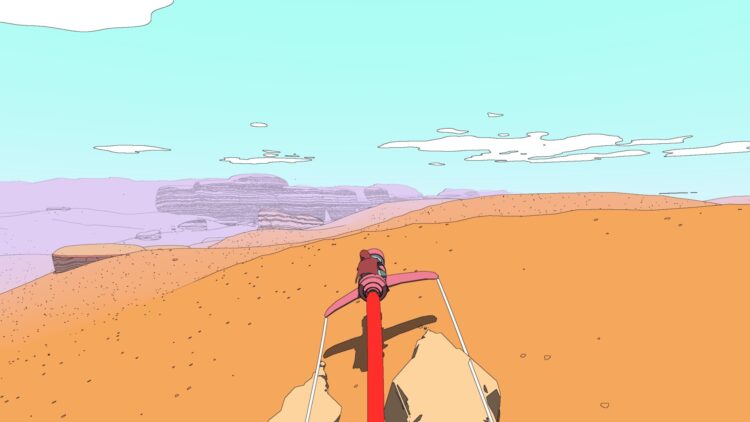 If you’re worried about running out of money, well, don’t worry so much. After a certain amount of time has passed, the contents of certain areas will refill themselves. This is especially important when it comes to downed ships, which often have multiple chests and scrap containers to loot. If you’re running low, consider making your way back to these places after a while. Plus, selling off enough scrap will get you three badges you can use to get a mask, and this game is all about new wearable items.

That’s all for our Sable tips. Just keep your eyes peeled and you’ll get where you’re going. The point of the game is the journey, after all.