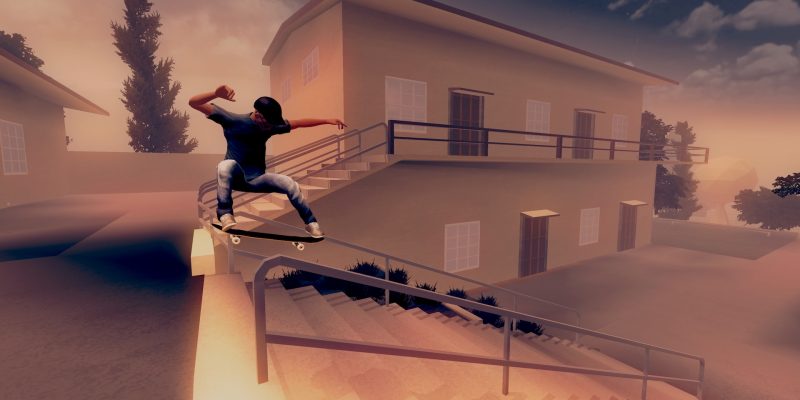 The skating sub-genre peaked throughout the 2000s but saw a decline in popularity last decade. However, recent times have seen the likes of Skate 4 announced and Tony Hawk’s Pro Skater 1 + 2 bring life back into the genre. And now newcomer game publisher Snowman has revealed its contribution in the form of Skate City.

Revealed today, Skate City is a heavily stylized 2.5D skateboarding title co-developed by Agens and Room8. Agens is a Norwegian studio responsible for several mobile games including The Last Ninja Twins and One. Meanwhile, Room8 is a games technology studio that specializes in game design and platform porting. It has previously worked with the likes of Ubisoft, DeNA, and 505 Games.

Above all else, Skate City is a game focused on tricks. Players are pushed to master various combos of flips, manuals, and grinds in order to set high scores. There will also be over 100 challenges to complete for any completionists to explore. Alternatively, you can try out the Endless Skate game mode, which provides a sandbox area to master your craft.

Each area in Skate City is based on a real-world location. This includes three iconic skating locations: Los Angeles, Oslo, and Barcelona. Accompanying these regions is a wholly original soundtrack consisting of primarily atmospheric low fidelity music.

Customization is another big selling point of Skate City. By visiting the skate shop you’ll be able to customize and tweak a plethora of different cosmetic options. Be it wheels, decks, or clothing, you can look exactly how you want. The skate shop also provides various abilities that you’ll need to purchase to complete certain higher-level tricks and moves.

Skate City launches on Steam in two weeks with a confirmed May 6 release date. So if you are craving some skateboarding action whilst waiting for Skate 4 to drop then Skate City could be the game for you.