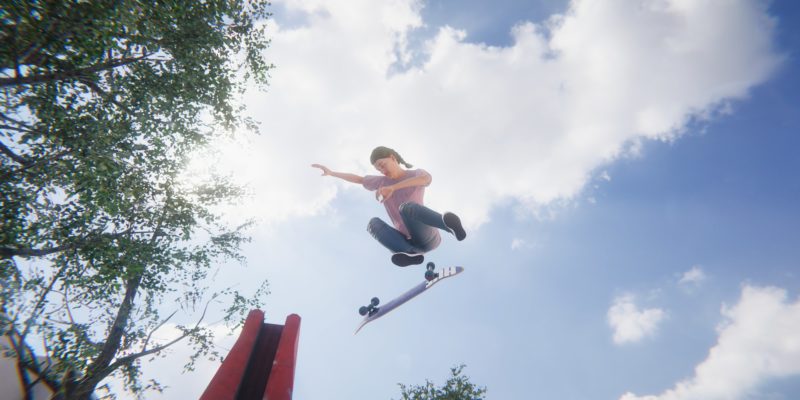 As the era of 3D gaming took off in the mid ’90s, it birthed a whole new genre of sports titles that never hit such a high level of popularity until then: skateboarding games. The likes of Tony Hawk’s Pro Skater spawned a wealth of imitators, and the genre remained active for many years. But, as the industry came into the 2010s, skateboarding games faded out of favor. Currently, we’re seeing a bit of a renaissance as a few indie studios are now taking it upon themselves to reinvigorate this genre with new experiences. Easy Day Studios’ Skater XL is one such game, finally leaving Early Access. However, though I understood its vision after my time with it, this virtual board needed more practice in the park.

Style, grace, and falling on your face

Nailing insane tricks has always been the most attractive aspect about skateboarding games. By and large, comically flipping through the air and not eating asphalt makes you look and feel cool — especially if you’re anything like me and absolutely suck at boarding in real life. Tony Hawk’s Pro Skater is famous for turning tricks into performance art. I certainly looked forward to having a similar experience in Skater XL, but the game didn’t quite go as I expected. 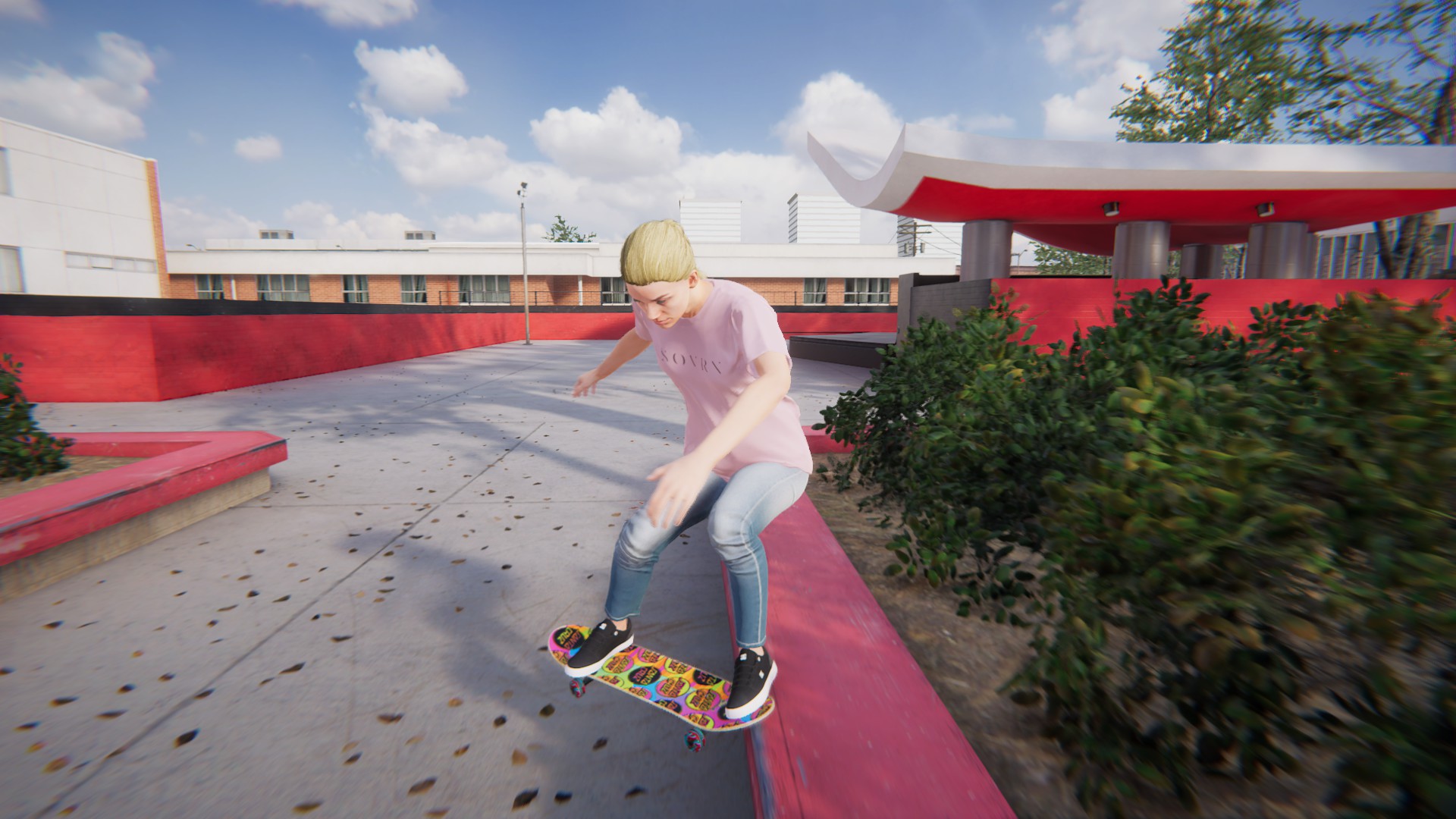 Skater XL prides itself on having a realistic boarding system. You control each foot of the skater individually with the buttons, using the sticks and triggers to shift your rider’s weight and direction (keyboard and mouse aren’t supported). While it does feel fluid and makes plenty of sense, there is dramatic learning curve. This is more a skating simulator than the arcade-like shenanigans you’d expect from other games. For real skaters, this should be a welcome change of pace. However, I don’t know if it’s down to Skater XL’s physics engine or just me being rusty, but I definitely saw more wipeouts than successful trick combos.

Fairly simple tricks like manuals and grinds are a bit more technical to pull off due to the aforementioned natural control system. So, really, it has taken some time for me to get into the groove. And even up to this point, I haven’t been able to do so completely despite hours of practice. My runs mostly consist of 90% faceplants and 10% trying to act cool by just riding on flat ground with a few kick and heelflips sprinkled in. 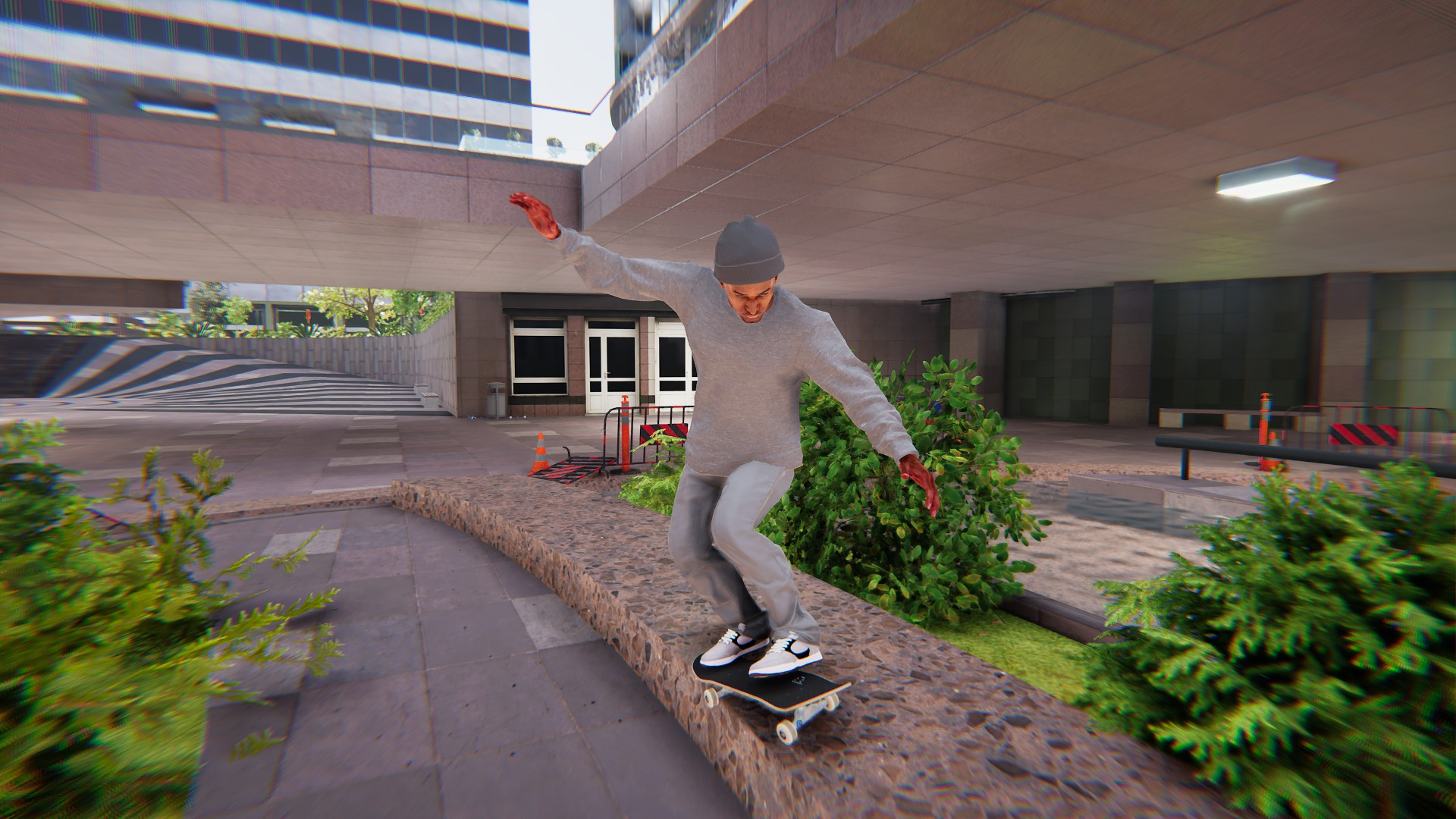 It looks cool in motion, but getting successful shots like this is not easy.

It doesn’t help that the wipeout trigger is incredibly sensitive. All it takes is for the tiniest error to be detected and your character will immediately go into ragdoll mode. What would be better is if the rider simply stammered or tripped a bit, leaving the wipeouts for actual crashes like vaulting yourself into a rail, or falling clean off the edge of a bench. But the fact that simple nicks take you out makes trying to pull off combos all the more annoying.

Skater XL thrusts you off into its open-world maps after a brief tutorial, and it’s up to you how to tackle them. While each map is expansive and has a lot of great scenery detail, none of them are exactly special or have that much charm.

While they’re totally believable in terms of realism, what mostly seems to be present is a lot of pretty buildings with a handful of fixtures that will allow you to pull off some combos. A few rails here, some subtle ramps there; there’s enough to keep you occupied if you can handle the technical controls. Just don’t jump in expecting there to be a whole volley of tools that you can use to perform a chain of incredible combos with ease. Again, Skater XL is a game grounded in being believable and realistic. To an extent, this approach does make sense. That said, there currently isn’t much in the way of map count. 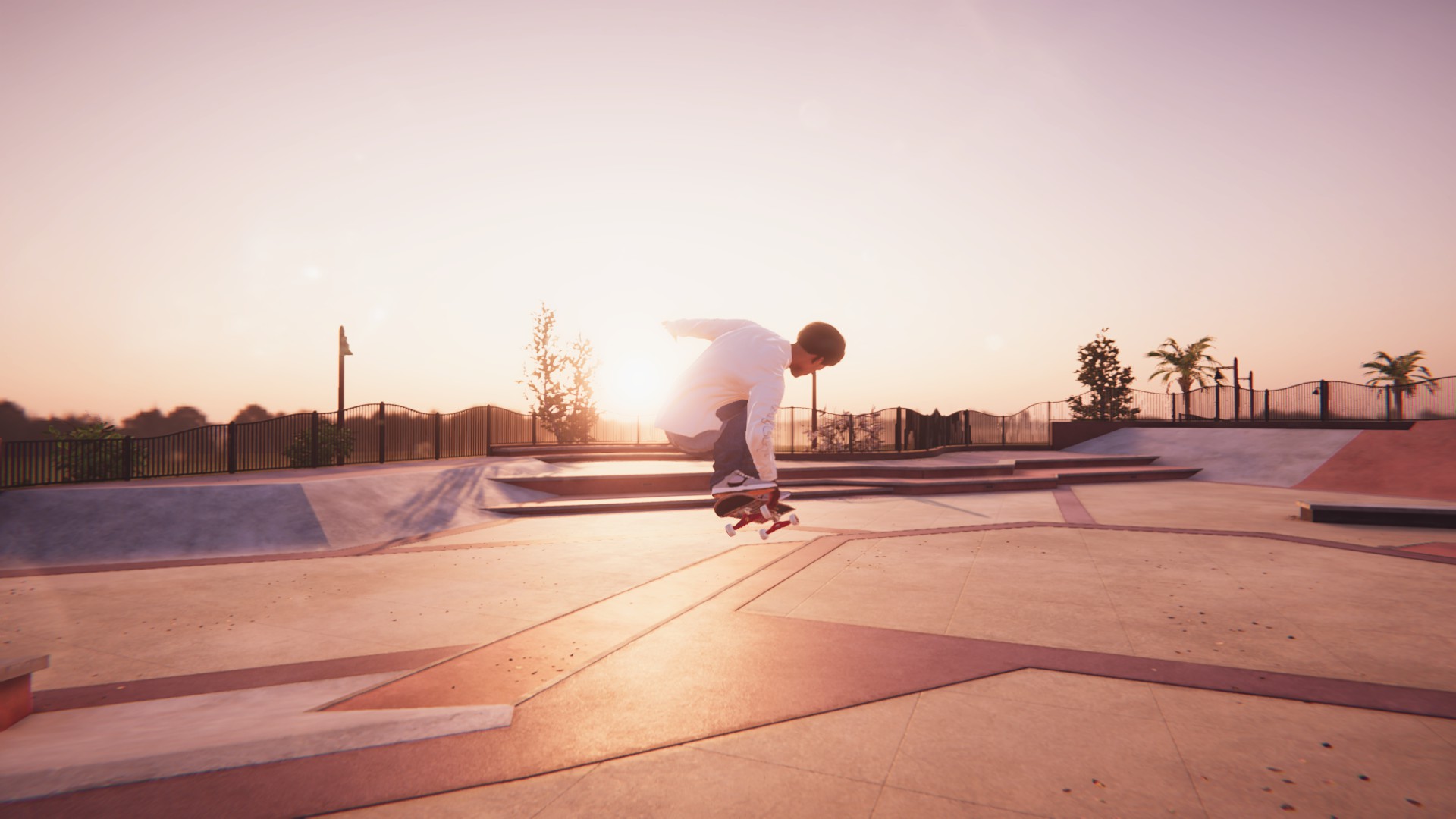 There isn’t a big selection of maps here, though they are pretty. Just wish they had more life.

Out of the box, Skater XL features five official maps and three community-made ones. Expansive as they are, I did find it to be a bit repetitive after a while as I scoured each looking for one that felt the best to skate on. The Big Ramp really is the one that should satisfy any thrill-seekers, and the easiest to get acquainted with the controls. The other maps are far more standard.

Skater XL doesn’t actually make pulling off successful tricks an incentive to play. While it does keep track of each one, the game doesn’t have a combo system or track a score. There are small challenges that involve you copying a series of tricks that an AI skater pulls off, but that’s the end of the line in terms of objectives. That said, Skater XL feels more like a kick-back-and-relax sort of skating experience rather than a high-octane “Let’s shred it up!” affair. For some, that might be a dealbreaker.

What Easy Day Studios has managed to craft feels like an experience with room to expand. In the game’s current state, Skater XL does allow you to get a grasp of how skating works in a very believable way. However, its sensitive error system and technical learning curve do make it feel more like skating school than a jump-in-and-have-fun sort of deal.

Either come correct, or you’ll wreck your deck.

I hope that the game expands upon what it has and eventually sports a more refined control system. More accessibility would mean novice or casual players could simply grab a controller and go to town. Regardless, if you put the time into it and learn all of the little technicalities, you can create some beautiful, satisfying trick sets. And considering that the game has a built-in replay system, it’s basically nudging you to get good enough to warrant recording your different shredding sessions to show off later.

But with a bit of an upside

That said, Skater XL still lacks some of the charm fans of the genre would expect. It’s the little things, like the plain, lifeless maps where nothing feels lived in and are devoid of NPCs. And not to mention the character models need some work. Both the male and female options look a bit uncanny, and the animations are more on the stiff side.

For all the realism Skater XL tries to have, other aspects feel wanting. Skaters sort of hover in place for a bit as their board spins beneath them, which is a bit jarring. You can’t dismount from your board either, which is very disappointing as that would make trick canceling far more natural. Not to mention I can totally see a parkour system working so well with the way these maps have been built. You can almost map out a move where you slide off a grind rail, then briefly ditch the board to climb a short wall, mount up again and then kickflip off the edge to slide into a manual. It looks cool in your mind, right? Unfortunately, that’s not here. 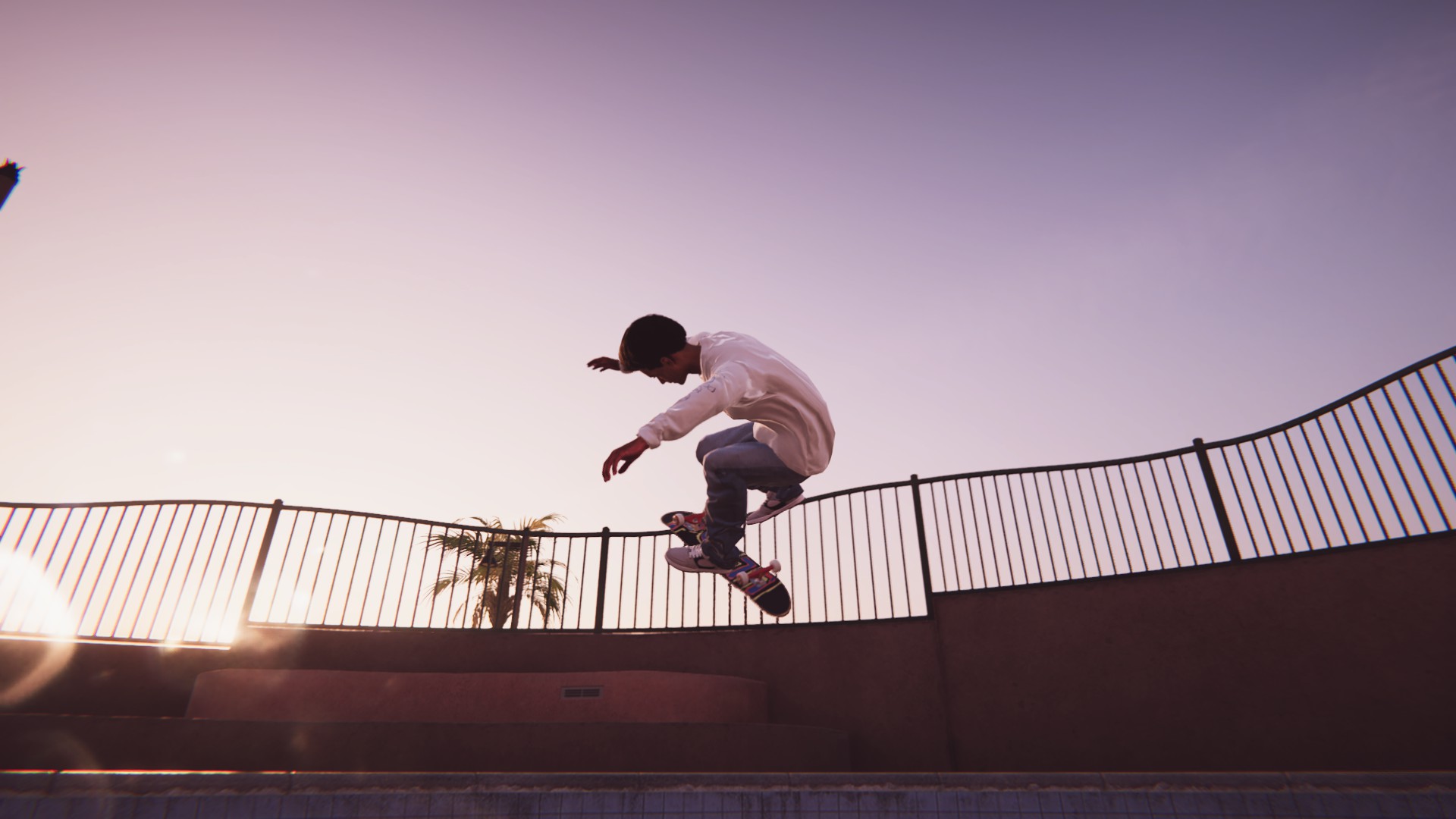 There’s some factors to like here, but Skater XL needs more time to expand.

Easy Day Studios has a decent foundation with Skater XL. Taking the game’s better parts and expanding upon them while smoothing over issues could make for a truly decent shredder. As of now, it gets the job done, but just expect to spend some time getting acquainted with its nuances — as well as the ground.

Skater XL is all about mastering the learning curve of a more complex and realistic riding system, with a physics engine that backs it up.
6.5

Despite trying to capture a more realistic skateboarding system, Skater XL's high points are brought down by some rough areas which could use some work. With more updates and fine-tuning, it does at least have the potential to be an XL package rather than an XS snoozefest.