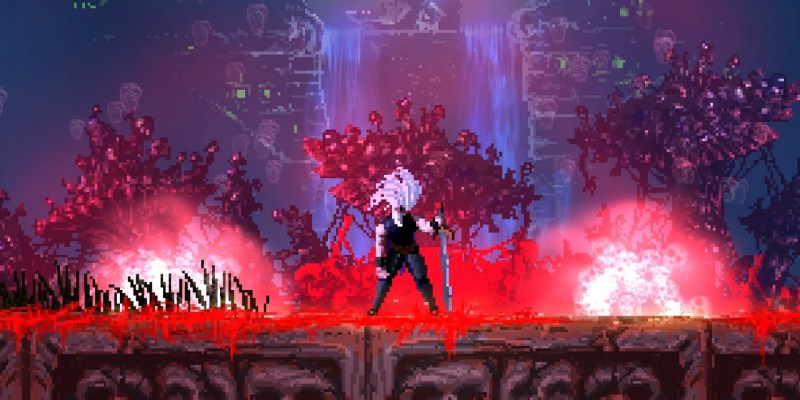 The Epic Games Store is giving away another two titles for free next week. Funnily enough, both games seem to have a similar but distinct hellish theme. With Halloween just around the corner, your library could do with a few more spooky and dark games. So with that, Slain: Back from Hell and Rising Hell are going free on the Epic Games Store from October 6 to 13.

Slain: Back from Hell is a 2D action game with puzzle elements and classic arcade inspirations. On the surface, it has a lot of similarities to games like Blasphemous and some titles in the Castlevania series. You have to slice and dice your way through hordes of demons and take down some tough bosses. There are also some cool abilities to unlock, like one that turns your character into a wolf. The game has a metal soundtrack, and you can’t really ask for a better backing track to defeat the hordes of hell. If you’re into 2D action platformers, then you should definitely check out Slain: Back from Hell when it’s up for grabs on the Epic Games Store.

Rising Hell joins Slain: Back from Hell as the next free title on the Epic Games Store. And while the two games have a lot of similarities on the surface, there’s a bit more going on. Rising Hell is actually a rogue-lite title that takes cues from other entries in the genre. The idea here is that you have to escape hell by ascending a procedurally generated, vertical environment. Rising Hell also has a metal soundtrack, but that’s not really a shock. So if you’re into rogue-lites, you should definitely check it out.

Grab these games before they go

The next lineup of free Epic Store Games is pretty promising, but you can still grab this week’s free games before they leave on October 6. Runbow and The Drone Racing League aren’t going to be free for much longer, so grab these games before time is up.