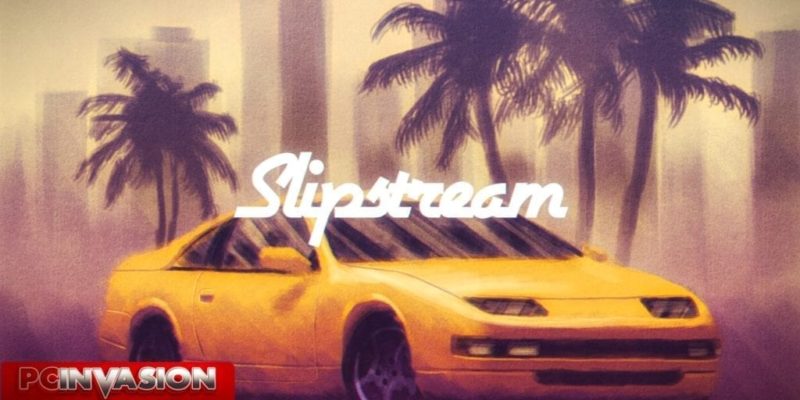 OutRun is the first and just about the only racer from the early pseudo-3D era of the racing genre that I’ve played. But, that was enough for me to recognize that Slipstream is an unapologetic return to racers from that time. The retro-inspirations are strong with this one, right down to its pixel artstyle. But, due to it carrying the DNA of these classic titles, Slipstream has adopted some of their flaws.

Slipstream’s gameplay is divided into two main modes: Arcade and Grand Prix. Arcade races are just like OutRun. Your goal is to drive for as long as possible, attempting to reach the end of a series of different locations before time runs out. There are multiple paths to take, so each time you race, you get to decide which one. So for example, you can choose to take all the left paths, or all the right ones, or a combination of both. Each time you reach a new area, your time will be extended. While this mode plays just like OutRun, Slipstream has a few tricks up its sleeve to set itself apart.

For one, there are rivals that will challenge you in each of the areas. If you can outmaneuver them and reach the end of the area first, you win. Despite having only one opponent, these matches can be challenging. This is due to the gameplay mechanics of Slipstream being exactly like racers of old. The pseudo-3D look causes draw distance to be almost non-existent. Not to mention the tracks can seem pretty cramped. It never feels like you’re turning left or right, more like you’re sliding between the two.

Slipstream shakes things up with a drift mechanic, which will help you to handle tight corners. But, it definitely doesn’t feel the same as a fully-3D racer, so I found it very difficult to get used to. Unlike in more realistic racers, you don’t lose that much speed when you drift, so you need to have precise control over your car. What makes this truly difficult is that traffic vehicles are prevalent, and crashing into them will kill all your speed. You also have to make sure not to hit any of the roadside objects. Trying to bob and weave through traffic that pops into existence is pretty frustrating, and almost makes the game feel unfair. But, again, it’s a trait of the games of that classic era. 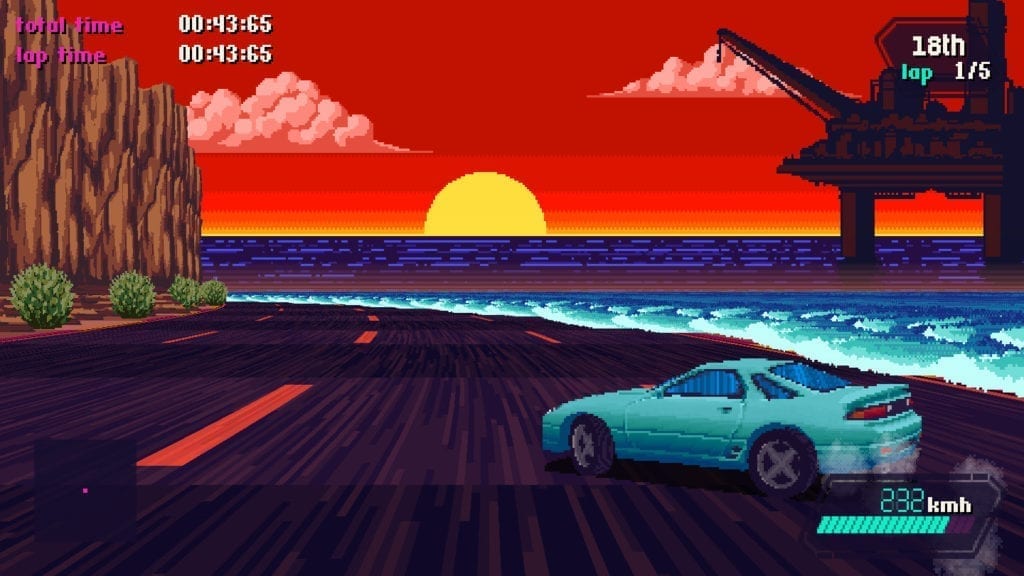 Another mechanic that Slipstream uses is represented by the game’s name. Just like in real life, you’re able to draft behind another vehicle, thus allowing you to get caught in their slipstream. This will help your car to gradually accelerate faster than the one in front of you, resulting in your car slingshotting past. So, aside from getting in your way, the aforementioned troublesome traffic vehicles are there to help you pull this maneuver off. But, again, it’s still not easy to do, especially when drifting. I regularly found myself slingshotting straight into the back of another car, or veering off the corner. It takes serious practice to find the right rhythm and balance. One of the aforementioned rival characters even has a line of dialogue saying that they don’t know how to use the slipstream mechanic and that the game feels unfair. Not sure if a coincidence, or if the developer was being cheeky (it’s probably the latter).

The Grand Prix mode is a tad more forgiving. The races take place in the same environments as the Arcade mode, but the difference here is that they’re now condensed to lap-based tracks and all traffic vehicles are gone. It’s just you and 19 other opponents. As you complete the races in each cup, your starting position will be determined by what you placed in the previous race. So of course, your goal is to try to stay in first. As you progress through a cup, you can apply upgrades to your car to boost the handling, speed, and acceleration. It doesn’t matter which car you choose, as they all start with stats at the same low level. This is unlike Arcade Mode, where each car has different strengths and weaknesses that cannot be altered.

Not only does Slipstream play like a retro racer, it completely looks like one too. Seriously, I could easily imagine myself playing this on a Genesis. There’s even a CRT filter that can be toggled on or off to simulate playing on an old TV. The color palette tends to drift on the darker side, but there are some pretty colorful spots throughout the game as well. I’m quite a fan of the soundtrack. Like the visuals, it’s a totally retro style reminiscent of games of the 80s/90s. I’ve gotten into Vaporwave/Future Funk music over the last few months, which is derived from tunes of those eras. Thus, many of the songs in Slipstream fit these genres. Expect to jam out to some cool retro beats as you race along the pixelated landscapes.

While frustrating due to it abiding by the limits set by retro racers, Slipstream is still a cool treat for any fan of the classics. It looks, sounds and feels like it came from that era. I’m sure if you were to slap a cover sticker on a Genesis cartridge and ask someone that’s never heard of the game if they’ve ever played this back in the day, they’d probably say yes. That’s how convincing it is. So, you might enjoy it even more so due to the ‘flaws’ that it has from archaic design. But even looking beyond that, I’d say it’s a decent game nonetheless. While I did get a bit more enjoyment out of the 3DS port of OutRun, Slipstream does a good job of setting itself apart with its own gameplay mechanics and a decent soundtrack. 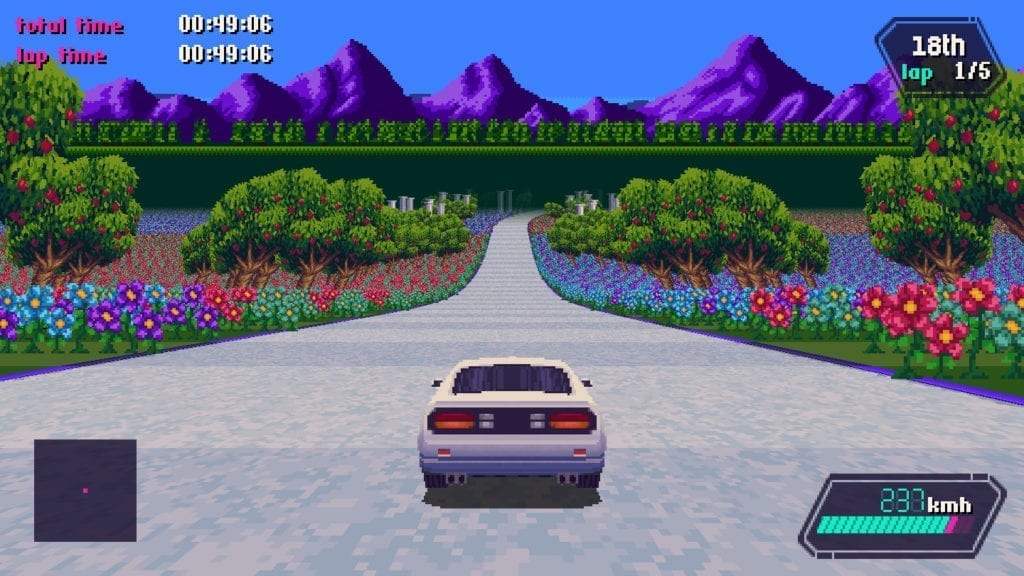 If you want another take on a retro-racer, then check out my review of Horizon Chase Turbo. Like Slipstream, it’s inspired by the racing games of old, although Horizon Chase does ditch the pixel-based artstyle for a visual theme that really brings it into the modern age. Still, aside from a few key differences, both of these games are quite similar to an extent. So, if you enjoy either one, I do suggest having a look at the other.

The new Gambit map for Destiny 2 Forsaken has been revealed