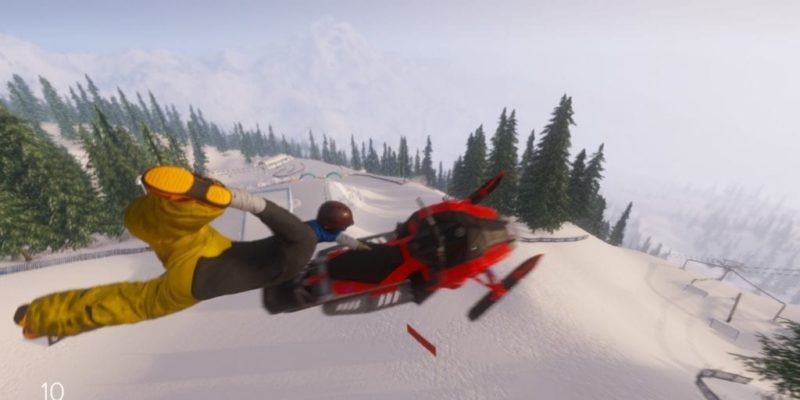 Back in the late 90s and early 2000s, the genre of extreme sports games was quite active. Nowadays, these types of games are few and far between, aside from a handful of modern releases in the form of games like Ubisoft’s Steep and today’s game, the indie-made SNOW. Both titles aim to provide an exhilarating, extreme winter sporting experience for a modern audience but only one of these games fully accomplishes this goal as far as I’m concerned. After playing all the events in SNOW and poking around its open-world for a bit, it’s safe to say that I’ll just stick with Steep. 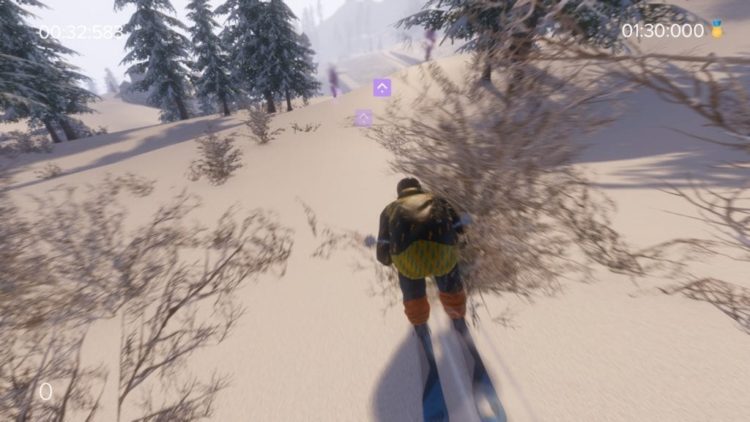 Within the first few minutes of playing SNOW, I could feel that something was ‘off’. That’s because the controls are hard to deal with. The rider has a noticeable amount of weight, making it very difficult to shift from left to right, especially after getting up to speed. Pulling off tricks is also challenging for this very same reason, on top of the default button mapping feeling very strange. SNOW does consider itself a simulator, so it doesn’t replicate the super-quick movements from SSX and Steep, but this just leads to the game feeling heavy and clumsy. And its cutthroat difficulty only exacerbates the issue.

When you’re not carving up a mountain face in the open-world, there are a total of 59 events to play through. These are separated into eight different types. There’s Big Air, Freeride, Freestyle, Rail Jam, Slopestyle, Half-pipe, Time Trial, and Descent. You’re free to play these either using a snowboard or skis. A snowmobile is available to use too, but it has no actual events of its own.

Big Air involves going down a massive jump and racking up as many tricks as possible before you land. Freeride and Freestyle are pretty similar, as both involve carving down a slope before time runs out while also performing tricks. The only difference is that the Freestyle events have fewer checkpoints and none are mandatory to pass through, so it’s up to you to find a way down the mountain. Rail Jam and Slopestyle are also similar, with the difference being that Rail Jam is more focused on grinding and its courses are more cramped. Descent has you following a set path down a mountain face against the clock. This is similar to Time Trial, where you follow a set course marked by checkpoints and receive a time penalty for missing any. Half-pipe courses are self-explanatory; they’re all about performing tricks in a snow-covered half-pipe.

Out of all these different event types, I don’t really have a favorite. That’s because I found them all frustrating—mainly due to the aforementioned control issues. 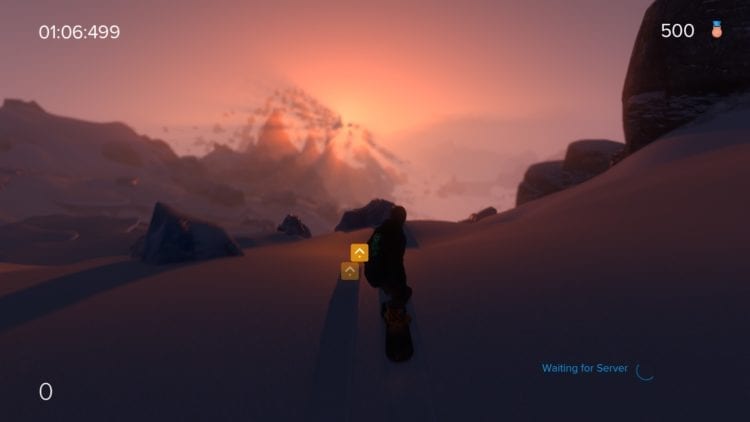 The open-world gameplay is passable, but still not as good as it could be.

Looks Can be Deceiving

Most of the events last for just over a minute if you do it perfectly. But, I often found myself getting flung and bopped all over the place due to constantly crashing into an object. This was especially true during the open-environment events like Freeride and Freestyle. The course scenery may look beautiful, but there are many objects that get in the way like rocks, buildings, and fences, just to name a few. Simply tapping against something solid will result in your rider collapsing. Since most event types don’t have checkpoints, you’re forced to restart straight from the beginning. Most of the trick-based events were especially annoying for this very reason, as they forced me to focus more on surviving until I reached the finish line rather than having fun trying to create cool combos. The aforementioned heavy physics don’t help either.

As a result of these poor design choices, my experience with the different events resulted in more frustration than actual fun. The one saving grace is that although there are thresholds to meet in order to receive a bronze, silver, or gold medal, you don’t have to get a medal in order to proceed to the other events. You’re free to play everything in any order you want, actually.

Free roaming is by far the better half of the experience. With the pressure of a countdown clock and trick threshold gone, I was finally free to just try and find some enjoyment out of the game—and to an extent, I did. While I’m still not a fan of the controls and physics, being able to just carve down a mountain without a care in the world is still nice.

One aspect of SNOW that I don’t actually have any complaints about is the bumpin’ soundtrack, which is filled with a lot of cool songs from artists I’ve never heard of. The mixture of genres is a bit jarring at first, as there’s a collection of chillout techno beats, in addition to funky rap and some hard and indie rock. Even so, none of the songs felt out of place, and they match the overall theme of the game. SNOW‘s visuals also don’t disappoint, which isn’t too surprising considering this is a game powered by CryEngine. As a result, the lighting is quite pretty. But even this isn’t without flaws: character models are incredibly stiff and look almost lifeless whenever an ‘animation’ plays. There just isn’t enough frames, so the motions don’t look fluid at all. Cloth physics also aren’t present, so while the sense of speed is good when you’re charging down a mountain, that effect isn’t reflected on the character model.

While SNOW may look and sound alright, its technical design isn’t the best. I didn’t really have any framerate issues, but the game did frequently crash and hang. Whenever it did hang, I’d usually have to log out of my Windows profile and then log back in, since ALT + F4 never did anything (and I also couldn’t switch to the Task Manager). Often this would happen by clicking the ‘Quit’ button right from the Main Menu, which is absurd. I’d also occasionally get stuck on the result screen of an event, seemingly because the game couldn’t sync its data with the servers. As a result, I’d lose any progress for that event, leaving me to have to retry it again to get a medal. 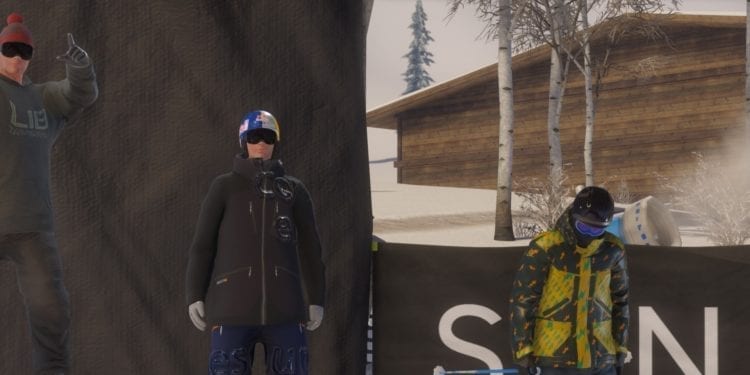 The reaction of my poor fellow at the end is an accurate depiction of how I felt after playing SNOW.

If it wasn’t clear already, I’m disappointed with how SNOW has turned out. Between its poor design choices, underwhelming controls and technical issues, I can hardly say I had fun with this. It even prides itself on being a free-to-play game, but that’s not fully accurate. All the events I just mentioned are available—but only if you fork up $20 for the ‘Ultimate Edition’. And, since it’s 2019, it shouldn’t surprise anyone that microtransactions and loot boxes are present on top of that admission price. If you choose the free route, you’ll only have access to the tutorial mountain, which is a very small area.

As such, if a modern winter sports game interests you, then you might as well check out Steep instead. SNOW has a tiny amount of charm, but it’s muddied by too many issues – both large and small – to provide a truly decent experience. Unless, that is, you enjoy crashing – both during gameplay and with the game itself.

SNOW has some charm to it, but it's brought down by large and small issues such as weighty controls, frustrating design choices, and technical glitches.