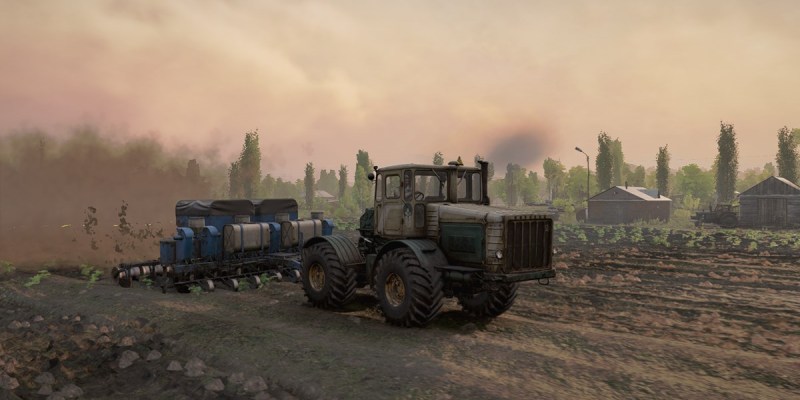 Saber Interactive is closing off 2022 for SnowRunner with one final expansion for its second season of content — Season 8: Grand Harvest. This latest content drop truly is grand in the fact that it introduces a small new gameplay mechanic: actual fieldwork for farming.

While performing fieldwork is quite different than the usual off-road operations, Grand Harvest has a lot more to offer than just ploughing dirt and sowing seeds. There are still the classic rough-and-tough challenges of which SnowRunner is well known.

Getting into the grime

The Grand Harvest expansion takes place in the land of Belozersk Glades, somewhere in the Russian countryside of Central Asia. This map contains four sectors: Crossroads (where you start), The Institute, Heartlands and Harvestcorp.

In its entirety, Belozersk Glades encompasses a mostly-abandoned rural settlement that used to be big on farming a few decades ago. But, a trend of bad harvest seasons resulted in its eventual collapse. That’s why each sector contains a number of dilapidated buildings, washed out roads and abandoned equipment. There isn’t much in terms of elevation, but the thick muck of the off-road sections and mostly submerged waterway crossings are where this map houses most of its challenge. 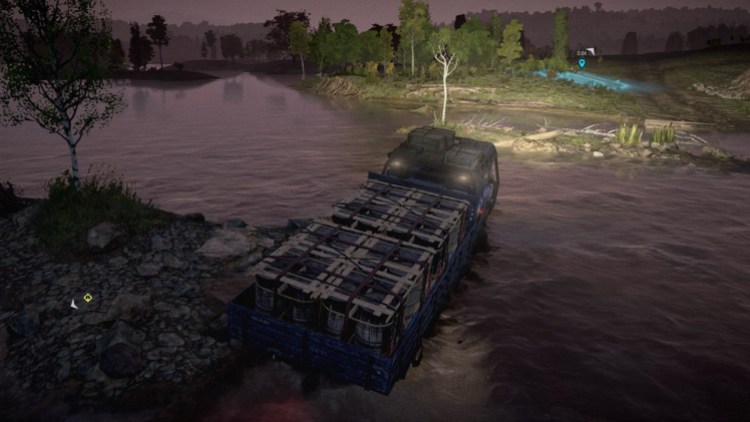 With the scene set, your overall task is to revitalize the once-prosperous settlement by restarting its agricultural industry. This is handled by performing a series of cargo deliveries, infrastructure repair, hunting missions, and, among other tasks, farming.

Most of the tasks are of typical SnowRunner fare, hence is why the fieldwork mechanics of the Grand Harvest expansion are a big standout. Even though Belozersk Glades is not the first map to feature an agricultural setting, never has their been an entire map that’s mostly dedicated to the theme. On top of that, though tractors have been featured before in both SnowRunner and its predecessor, MudRunner, they’ve never been used for farming in-game — until now.

Getting into the newfound farming mechanics will take very little time, actually. The early selection of Harvestcorp-branded contracts will quickly have you finding a broken-down Kirovets K-700 heavy-duty tractor and its accompanying implements in order to get the ball rolling on restoring the fields of the Glades.

Quite fittingly, the primary crop that’s featured here is potatoes; a crop that’s famous for growing nearly anywhere and everywhere. Not to mention, some of the missions center around researching and trying to plant an entirely new genetically enhanced species of potato that would result in bigger crop yields — another realistic touch. 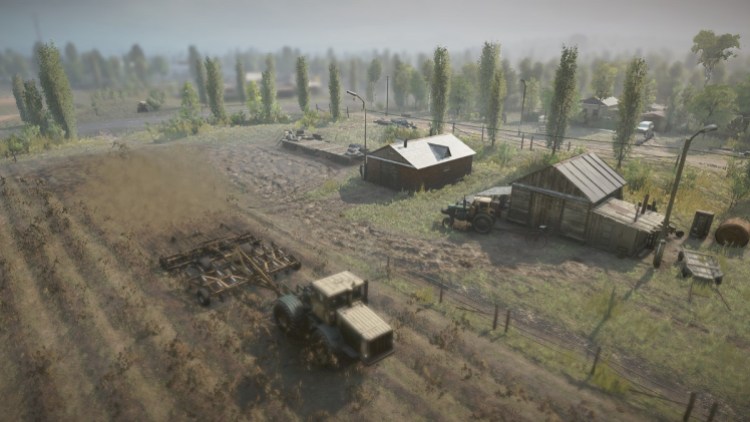 The actual fieldwork gameplay is pretty straightforward. Much like in other sims dedicated to the work, such as the quite popular Farming Simulator, all one has to do is grab the right implement and start rolling along the field. Here in SnowRunner, you can plough the fields, implant the seeds, and then harvest the mature crop.

The actual beats of the farming happens one after the other—there’s no waiting between crop stages. Thus, where longevity of the gameplay really comes in is the fact that it will take some time to go up and down any given field. Many missions will also have you traveling to different sectors. The task could be delivering a load of crops, moving (or finding) needed machinery, among others.

Considering that there’s a lot of other, more traditional objectives, Grand Harvest doesn’t grow tiresome. The fieldwork mechanics are neat, but it could’ve easily become a slog after a while if it was too much of a focus in this expansion. Rather, it’s a new mechanic that’s been sprinkled into the main course, resulting in an interesting overall gameplay experience. 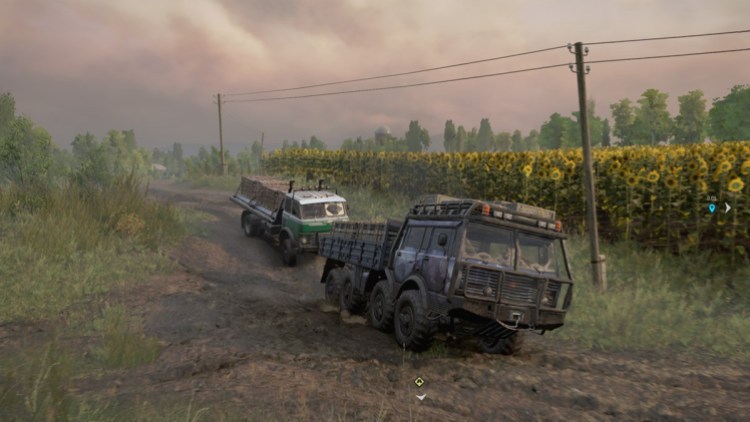 Maneuvering through the Glades is often so easy task. While there are some decent sections of paved road, as mentioned before, most of the time you’ll find yourself slogging through some mucky off-road paths. The Institute sector, for example, also sports a variety of very technical river crossings due to the main thoroughfares being inaccessible.

The Tayga 6436 heavy duty truck became my go-to machine to handle the complex routes of the Belozersk Glades. It’s a DLC truck but it’s worth it, and not just for this map alone. I also picked up the Rezvani Hercules 6X6 scout truck, another DLC vehicle that happened to launch the same time as the Grand Harvest expansion. 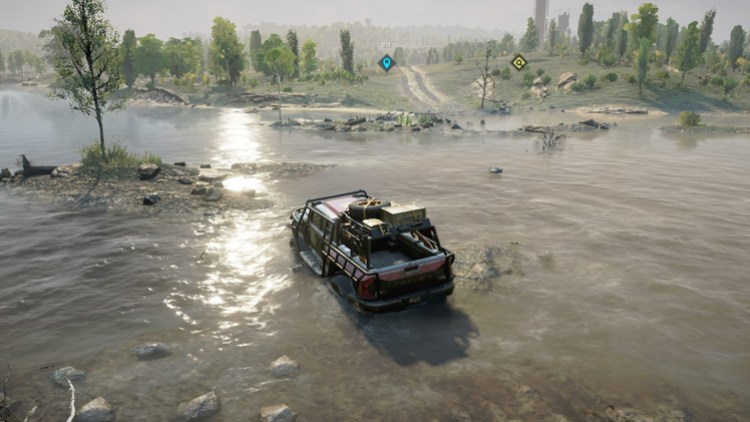 Paired together, I found both of these vehicles to make decent work of Belozersk Glades’ troublesome terrain. Other vehicles of similar classes that I hade in my garage did not perform as well as either of these trucks. This either shows that the Glades truly are treacherous, or perhaps both of these trucks are just a little OP. Either way, I found them necessary for making any sort of decent progress throughout the map.

Considering the sheer size of each sector and the technical challenge the overall map possesses, I’d say Grand Harvest provides an overall great experience. While the fieldwork it offers isn’t groundbreaking, nor does it overshadow the other gameplay elements, it does at least offer a decent change of pace, especially when compared to Snowunner’s usual affairs.

Belozersk Glades contains many interesting sights, a few new vehicles to discover, and a decent helping of tasks that will have you trucking to and fro. With a good set of wheels and some determination to put up with the slower challenges, you’ll likely find yourself enjoying the countryside aesthetics and once again getting lost in the vast world that SnowRunner has to offer. 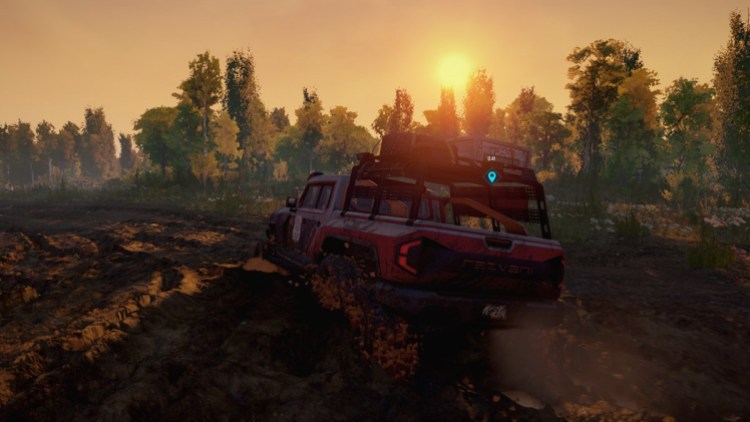 By A.K Rahming5 hours ago
Previews