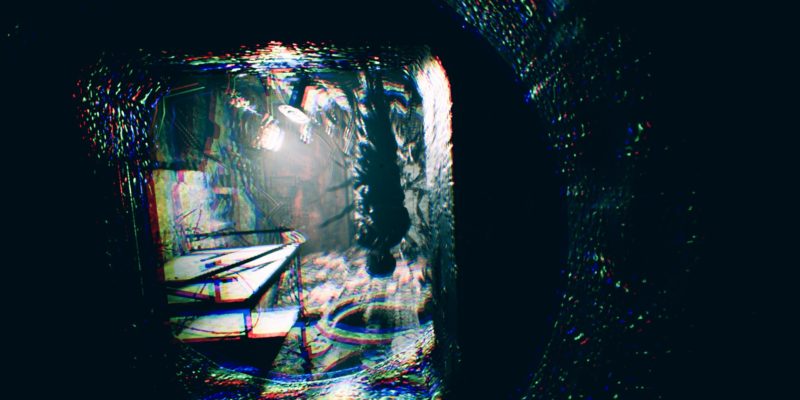 The adventure game genre didn’t have the easiest time adjusting to modernity. Solving obtuse puzzles using a variety of random knick-knacks in games with immersive, dangerous worlds where you control your character and all their movements directly don’t go hand-in-hand. Add a focus on narratives with complex themes and careful stories, and it’s no wonder the walking simulator came to be. Someday You’ll Return isn’t really an adventure game. And it’s definitely not what I’d call a walking simulator.

Instead, it’s a thoughtful, nuanced game that does an admirable job of balancing story-telling, exploration, and varied gameplay into an extremely compelling package. The game had me hooked from the get-go. It may have some noticeable issues with signposting and a tendency to make players wander around, but Someday You’ll Return is a game that any fans of psychological horror or narrative-based games would be remiss not to check out.

The developers of Someday You’ll Return are very upfront about what they were going for here. In their own words, the game is a “Moravian Silent Hill,” which does a decent job of letting players know what to expect. Much like its inspiration, the game is about a man named Daniel who sets out to find his missing daughter, only to find himself in over his head with all sorts of weird goings-on. His daughter, a serial runaway, has done what she does best. The tracking app on his phone leads him to Moravia, a historical forest region located in the Eastern part of the Czech Republic. 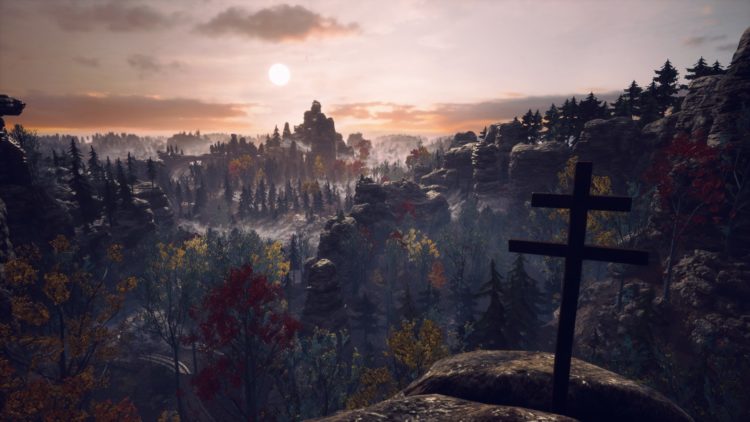 Someday You’ll Return is excellently written. Much of what it covers is familiar, but the characters and the world they inhabit are well-defined enough that the uniqueness it puts on display makes it stand on its own in a field of similar games. Aside from the prologue, the entire game takes place through Daniel’s eyes. There are cutscenes, notes to find, and past truths to discover and the game stays consistently interesting. I didn’t want to stop playing once I started, which is quite rare for me.

One iffy thing, though, is that the game’s voice acting is all in American-accented English. Someday You’ll Return, as you likely imagined, was made in the Czech Republic, and hearing Czech characters speaking this way is a bit weird. The voice acting is fairly good, however, so it doesn’t hurt the story. I’m not sure if Czech audio with subtitles exists or not, but if it does, I’d love to hear it.

The woods are lovely, dark, and deep

You’ll spend most of your time in Someday You’ll Return navigating its terrain. The trails of Moravia’s forests are designated with blue, red, and yellow lines on the viewpoint maps you’ll find in the world and on Daniel’s smartphone. You’ll often need to make your way from one location to the next by paying attention to markers on trees or ribbons pointing you in the way of something useful. One thing the game makes clear early on is that it’s not interested in holding your hand. Are you lost? Too bad. Wander until you get your bearings — you’re alone in a forest and no one’s going to help you. 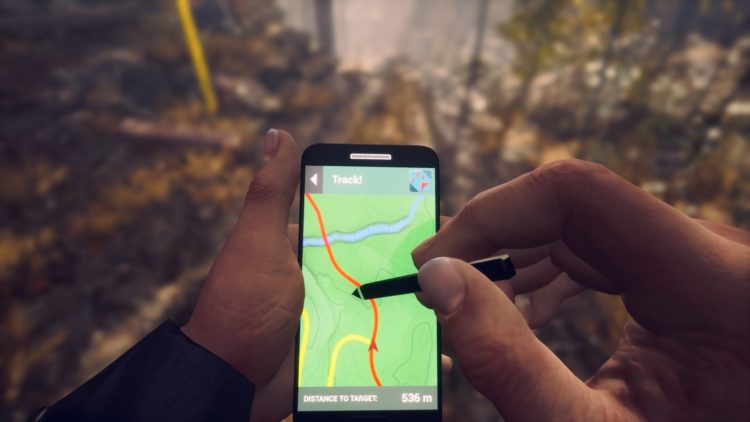 There are things to see off the beaten path, too. You can beat the game and overlook a ton of its many collectibles and miss out on entire locations and events. And there are even some optional sidequest-type events that can be spurred on by finding a clue of some sort. When you’re not walking, though, there are adventure game elements. Someday You’ll Return isn’t focused on solving inventory puzzles, but there are a good amount of them all the same.

Early on, Daniel finds some tools that can be used to solve certain problems. A pair of bolt cutters can take care of any barbed wire that bars his path; a knife can be used to cut cloth; a screwdriver for taking things apart. It’s all perfectly logical and some of the puzzles are quite clever. A few require you to put multiple items together in order to progress as well. But Daniel doesn’t exactly find a constant stream of items — it feels mostly organic. Plus, he typically can’t take something that he has no use for.

Much like other first-person horror games, Someday You’ll Return has its fair share of sequences where you have to sneak past roaming enemies that kill you in one hit. There are also obstacles that can hurt you, such as mounds that creepy arms jut out of, or enemies that hang from ceilings. Daniel can’t fight, per se, but he does get an item that allows him to stun certain foes and interact with specific pieces of geometry to solve environmental puzzles. 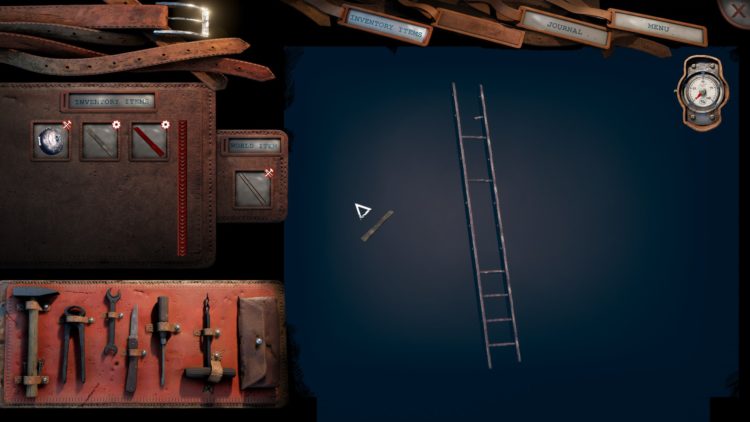 Then there’s the climbing. Daniel often finds handholds on surfaces that he can climb. These sequences are intuitive and require you to pick which hand Daniel uses to pull himself up. These start off easy enough but become more challenging as the game goes on. It even starts throwing multiple dead-ends at you, just to make sure you’re paying attention. Anyone who tries to play this game carelessly is going to potentially have some trouble.

As if all of that isn’t enough, Daniel can also make potions with herbs he finds out in the world. Doing so takes you to a separate inventory screen where you have to boil specific ingredients. Each plant you find has leaves, petals, and roots. Some potion recipes call for these to be crushed or put in whole, so you’ll need to carefully read the instructions. The potions are used for a variety of things, such as letting you listen to memories, read subtext on a note you’ve found, or temporarily blocking your dizziness. You won’t need to use most potions very often, though.

A lot of meat on the bone

So, yes, Someday You’ll Return has satisfyingly varied gameplay. It routinely switches sequences up for the purposes of keeping things interesting, and it works really well. But there are plenty of times where your progress can grind to a halt with no help in sight. One puzzle had me stumped for around two hours simply because I didn’t notice that a book was on a table and I had no idea to look for it. The way forward can also often be rather vexing to find. Most of the time, you’ll be trying to progress only to have to stop and carefully search the environment for a glint you didn’t see. It’s truly the modern-day equivalent to pixel-hunting. 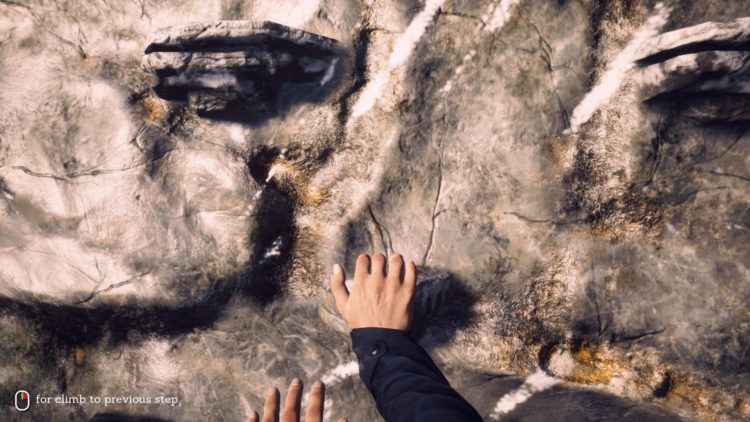 While this aspect is my least favorite thing about the game, it’s not so much of a big deal that it puts a giant damper on the overall experience. Some of the worst of these sections, though, are ones where you have to repeatedly die trying and figure out how to move forward. I don’t like trial-and-error, and having to wait through a bunch of loading screens just because you keep dying for reasons you’re unsure of is aggravating.

At least it’s way easier on the eyes, though. Someday You’ll Return was made by a tiny team in the Unreal Engine 4 and it’s a beautiful game. The forests are lovely and the lighting and fog effects are excellent as well. And when I say the team that made it was tiny, I mean that it’s so tiny that just two people did a huge amount of the work, which is stupefying considering how high-quality the game is. They truly did an outstanding job that puts much larger teams to shame.

Bring it on home

This is a surprisingly lengthy game. Depending on how often you get stuck and how much you explore or hunt for collectibles, the game can easily last for 20 hours or more. And the gameplay is varied and interesting enough that it doesn’t wear out its welcome either. This one of those games I was sad to finish, but, by the time the credits rolled around, I was deeply affected. 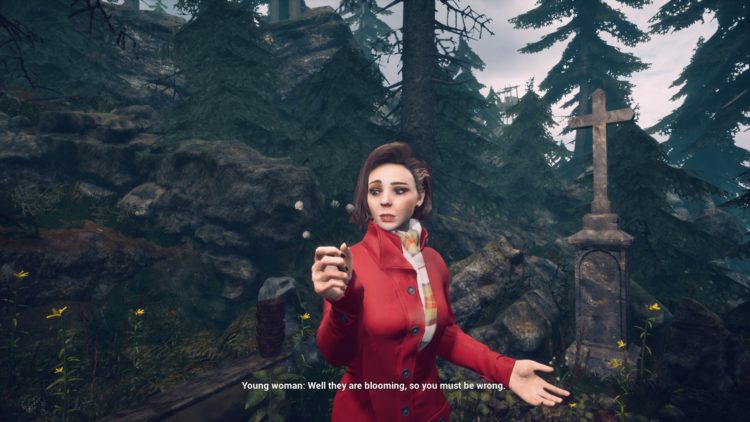 Someday You’ll Return is a veritable tour-de-force. Not only does it have excellent gameplay, but the storytelling and level design are top-notch. This is one of my favorite games of this year so far and it’s going to be on my mind for quite some time. It’s rare to find a game made with this much love and passion, that even those hours of frustration I spent trying to find a way forward seem like a fair price to pay for getting to experience this beautiful, otherworldly game. However, it has five endings, so perhaps my journey isn’t quite done, as the Moravian forest still has its share of painful secrets left to find. At the very least, I’m sure that, someday, I will return.

Someday You'll Return is an immensely rewarding game with excellent visuals, world design, and storytelling. Poor signposting and trial-and-error can lead to frustration, but the experience is very much worth it regardless.