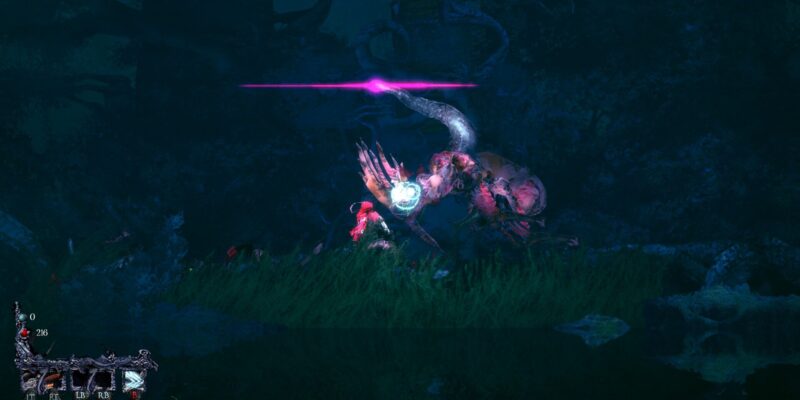 When dealing with Lovecraft-inspired tales of unknown horrors, the sense that everything around you is completely foreign and surreal is one of the main facets required to truly embody the subject matter. At the very least, Source of Madness, which enters Early Access today, succeeds at this. The game’s tone reminds me of FromSoftware games crossed with some of the titles made by Mommy’s Best Games. It’s creepy and strange but feels unwieldy and floaty in a way that I don’t feel quite suits a rogue-lite. But the question stands: is Source of Madness worth it in Early Access, or should you wait to see how things pan out before diving into the unknown?

Source of Madness is set to remain in Early Access for at least six months. The current build of the game features the entire first act and four biomes to explore. As development progresses, two additional acts and five new biomes will join them. On your initial run, you make your way through a tutorial area of sorts where you get a feel for the game. You find equipable rings that grant you the use of magic spells, and you get to see what sort of horrors will await you.

Your character can wear two magic rings and use two spells, which are mapped to mouse clicks or triggers. On a controller, the right stick will also fire the right trigger’s spell. Source of Madness has gorgeous visuals, if something as oppressive and grotesque as this can be called gorgeous. Apparently, all of the game’s textures were created via AI, and the art is creepy and strange. Enemies are mostly large, multi-legged abominations. They skitter feverishly, and with each movement they defy the laws of physics as we understand them. There’s also a lot of randomness to the procedural generation, so the biomes don’t feel as copy-pasted as those in other games might. 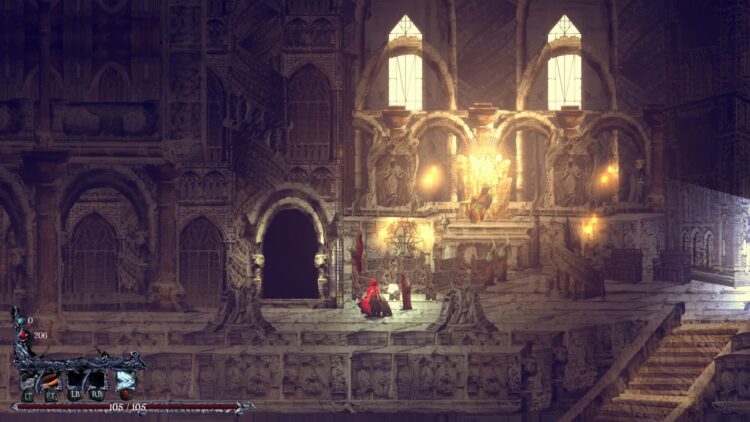 Face the things that should not be

Upon killing enemies, you gain currency that you cannot lose and can spend at the beginning of each run. At first, your choices are poor. The starting Generalist class member that you pick will start with nothing on them but a magic missile spell and a slashing spell. With some grinding, you’ll unlock improvements for the class as well as healing items. I have no issues with the game’s look or concepts. The gameplay and controls just aren’t what I personally like to see in games such as this, though.

Source of Madness plays like it’s in low gravity. It simply doesn’t feel as if you have a great deal of control over your character, nor do you have any defense options aside from a dash with a strict cooldown. Larger enemies have a tendency to pin your character against walls with little recourse. It’s strangely difficult to know when they’re attacking or not. How well I did in each run also varied wildly. Sometimes I lasted a good while, while others end with me dying nearly instantly due to issues with escaping damage. Healing potions also don’t restore much health at all.

I don’t want to call the game difficult, because the mechanics don’t appear to allow for much leeway based on my current experiences, but success does seem quite far from a tangible possibility much of the time. I often feel as if I’m at the mercy of how the game’s bizarre physics affect the enemies as they approach me. Still, the sickening explosion of gore that results from their deaths is an appreciated touch. I’m hoping that the game becomes more appealing to me with successive updates. As of now, I don’t feel that Source of Madness is worth it. But if you’re looking for a spell-based Lovecraftian rogue-lite, then it may well scratch that itch. 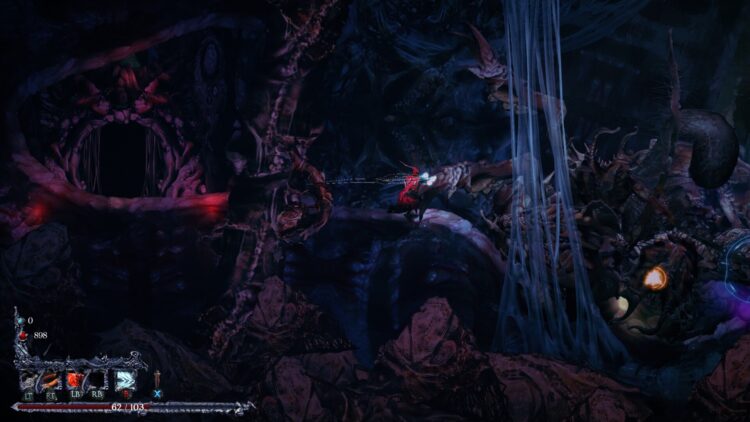