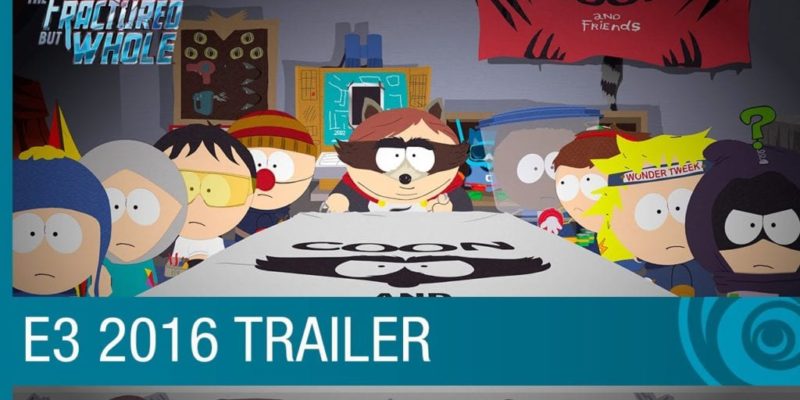 South Park: The Fractured But Whole has gotten a lot of details courtesy of the Ubisoft E3 press conference.

Picking up after The Stick of Truth, the kids have switched from playing fantasy games to playing superheroes, so now you’re an unimportant douchebag again. You’ll be able to mix and match powers from a variety of classes (like Brutalist, Blaster, and Speedster) to customise your character, and if the footage on offer is any indication, you can expect plenty of giggles at the expense of Marvel and DC Comics. The game itself is all about a schism between the kids, leading to a sort of… civil war situation.

The Fractured But Whole also has significantly improved combat, focused on “space and time.” In terms of space, it looks a bit more tactical: you can move around the environment during battles, finding cover, knocking enemies into bits of scenery (or into other characters for extra attacks). In terms of time, your farts are so powerful they can rip apart the fabric of time, letting you rearrange the turn order.

South Park: The Fractured But Whole is due out on 6 December. Pre-order it, and you’ll apparently get a free copy of The Stick of Truth to play immediately.