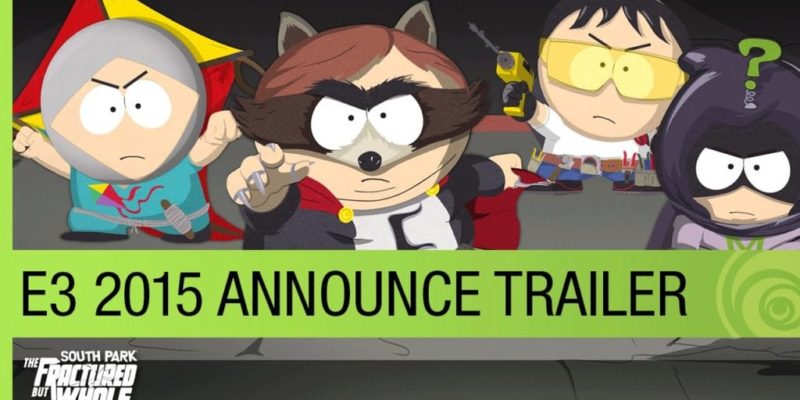 Matt Stone and Trey Parker will be once again heavily involved, and joined Aisha Tyler on stage to tell her why making a sequel after declaring that Stick of Truth would be their last ever videogame makes them “whiny babies.”

According to Stone and Parker (who weren’t too impressed with their weird face-mics,) just as they finished up on South Park: The Stick of Truth, they felt like they knew how to make a decent videogame. So it seemed reasonable to apply that knowledge to a sequel.

In South Park: The Fractured but Whole (we’ll be “going deep” into that, apparently,) you’ll once again take the role of a new kid in town. This time, though, Stan, Cartman, Kenny, Kyle and the rest are playing superheroes instead of fantasy. Ubisoft San Francisco will be co-developing the game (no Obsidian this time around.)

I didn’t catch a release date, but here’s the trailer.

For Honor pits knights vs vikings vs samurai