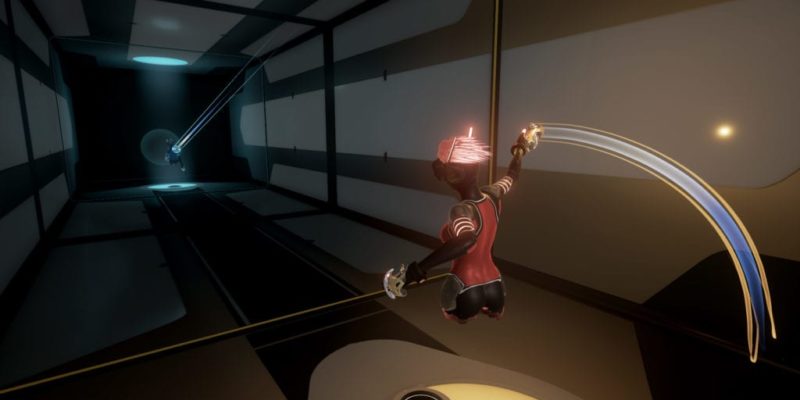 CCP has been getting stuck into more VR development following EVE: Valkyrie and have just announced Sparc.

Sparc is being touted as a “unique virtual sport only possible in virtual reality”. The game, or sport if you prefer, will be coming to the Oculus Rift and Vive later this year.

Sparc promises full-body gameplay and CCP want it to become a “fun physical sport”. Players will use the controllers to hurl projectiles at each other and then dodge, block, or deflect incoming attacks. Sounds a lot like a game of dodgeball.

The can be played as one-on-one with friends or through a matchmaking system. There will also be two-player modes as well as training modes. To bring the game to life, waiting players will also be able to spectate courtside which they describe as a “freeform social area for spectating in VR or on screen”.

“After our early experiments with standing VR gameplay, we were excited by the idea of building an original sport designed for the current generation of VR hardware. We’ve designed Sparc so that players can express and improve their skill through their physical actions.” said Morgan Godat, Executive Producer at CCP Atlanta. “Ultimately, we want players to think of Sparc as a virtual court in their living room where they can meet and compete with other players from around the world.”

An official website is now live and there’s the first trailer which shows they are wanting to make this a physical experience.

LG to reveal new VR headset this week at GDC