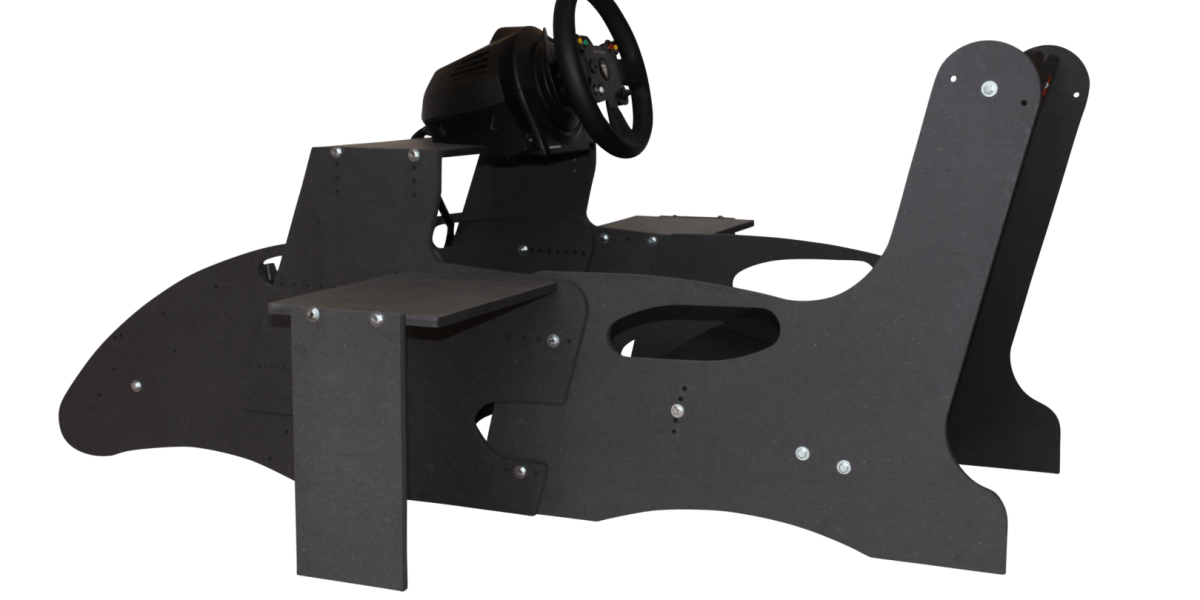 With sim racing rising in popularity, Spectre Form saw a problem: how can those starting out get the best experience without breaking the bank? What can be done to give a quality product that is affordable, durable, and comfortable? Enter the design of the Spectre Carbon 2.0 racing cockpit. An adjustable rig made for a range of body types with different needs, this is the brainchild of Dave Sedacca and Thomas Donohue.

Donohue was a sim racer at Rutgers University while a student and saw a number of rigs that conformed to a specific type of person and body. He then took it upon himself, with his degree in mechanical engineering, to design something more versatile than anything on the market. “I wanted to make sure that we could support a whole variety of people,” Donohue said. “From shapes and sizes and heights and everything in between, we wanted to make sure that when someone sat down in this, they would be able to find a position that they would be able to find themselves comfortable in.”

A racing cockpit you can relax in

That goal led to a three-piece design that can support bodies up to 250lbs and a variety of heights, both short and tall. All of this while using the simplest of tools to build and offering owners “over 100 adjustable combinations.”

But with claims of versatility for various body types, that means materials have to be higher quality. The Spectre Carbon 2.0 is built with valchromat, a wood fiber panel — similar to MDF — that is built specifically with high usage and performance in mind. And while it’s not the cheapest material, Donohue has made sure to get as much out of each board purchased to keep the overall cost of the Spectre Carbon 2.0 as low as possible.

“A design choice from the beginning was to make an entire rig on one four foot by eight foot sheet of material,” he said. “We use every single ounce of material that we can from that whole sheet.” 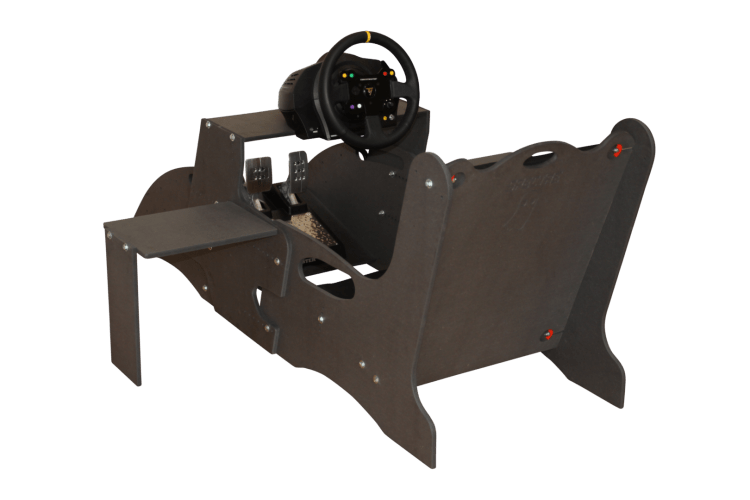 Everything you see is made of one piece of material (credit: Spectre Form)

Outside of the valchromat, the team had to decide on seat material. What will keep racers comfortable for longer sessions? After all, if the product isn’t comfortable, no one will keep using it. Sedacca says it was one of the more important decisions they had to make before releasing the product to market. That included a lot of time sourcing different styles of foam, with Donohue even doing hours-long tests to make sure it was durable and comfortable enough.

Aside from the quality and comfort of the build itself, positioning in front of a screen is another key component for any sim rig. Will you need a separate large screen or monitor? Will console and PC gamers alike be able to utilize the rig properly? These questions came to mind when finalizing the design of the Spectre Carbon 2.0.

After doing more research, they determined — in a broad sense — that a majority of racers were playing Gran Turismo or Forza Motorsport as opposed to iRacing or rFactor 2. To them, that meant the players were, more than likely, not going to be sitting at a desk in a gaming chair. Rather, they’ll be in front of a larger screen or TV. Those players, the company believes, would already have a family room setup that needs something simple and easy. Still, there is the market of PC racers that need to have a comfortable viewing experience as well. That middle ground was, arguably, one of the largest design and development challenges for the rig.

“The way I was envisioning this was that someone had an end table or a small table they could put in front of their rig,” Donohue said.

Sedacca was clear, however, that the cockpit is the starting point for what they have planned for the product. The Spectre Carbon 2.0 can ultimately be viewed as a foundation for the future thanks to its materials and build. “Ideally, the next phase will be adding on a TV screen mount that can come with this, as well as a few other options,” he said.

The future of the Spectre Carbon 2.0

Those other options involve added accessibility for racers. Being a product company in 2021 means that accessibility is key. For Sedacca and Donohue, that fact isn’t lost on them moving forward. 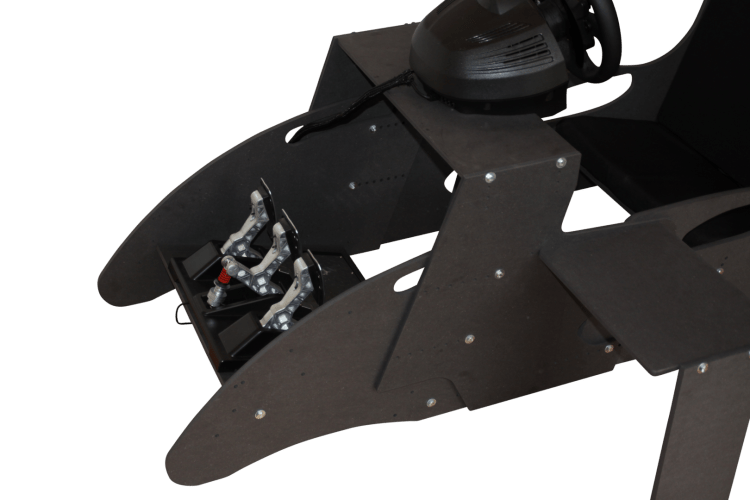 A modular design is important for the future of the Spectre Carbon 2.0 (credit: Spectre Form)

“Our mission is to have a racing cockpit for everyone,” Sedacca said. “What that means is there’s some people that aren’t able to use pedals; they aren’t able to use a shifter. So we’re designing cockpits — the first ever — for more accessible rigs and doing the plug and play thing right. That’s something that we’ve been actively working on with people that we’ve been talking to in the market.”

The Spectre Carbon 2.0 is available now on the Spectre Form website for $250 with a smaller kids version retailing at $175. Be sure to stay tuned for PC Invasion’s full review of the cockpit in the future.