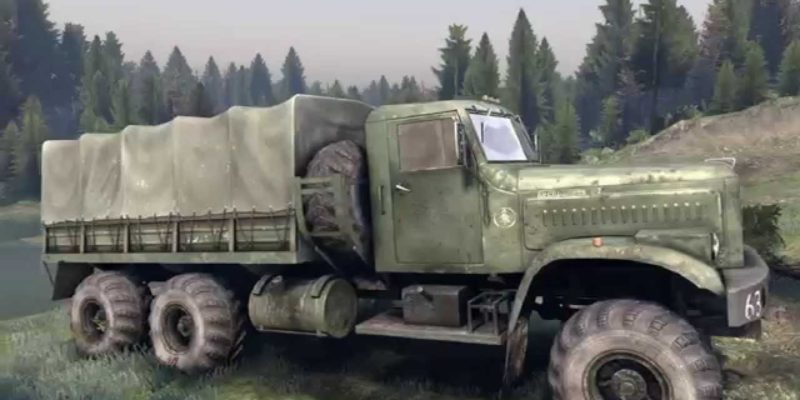 Ready to roll out for some hot logging action.

I’d not really heard of Spintires until recently, but it seems to have become quite the hit on Steam. It’s still right up there in the best sellers list after a 12 June release, sat just under The Forest at present with 5,000-6,000 people in-game.

Oovee’s game is an off-road exploration and driving sim, featuring a bunch of Soviet-era vehicles to cruise around in across the rugged, forested landscape. It’s clearly captured the imagination of those interested in off-road and open-world titles.

In a short update post on the Steam forums, Oovee responds to criticism of the Spintires camera system and suggests that some changes will be made.

While we are very happy with the camera system, we are aware that it needs a little more work and we are looking to make the improvements for the first update. The camera system is very much like an AI system and the work put into is quite complex – with your opinions and feedback, we can make necessary improvements to ensure a smoother experience.

The developer gives a little more detail about what this will actually mean in a later post in the thread.

The improvements will ensure a smoother, more fluid system allowing you to easily position the camera where you need it – giving you an equally helpful view 360 degrees round the trucks. This also includes the camera taking into account the larger obstruction loads to still allow you as much visual of the terrain as possible.

We will also add other camera views.

Destiny on PC “makes a lot of sense,” say Activision