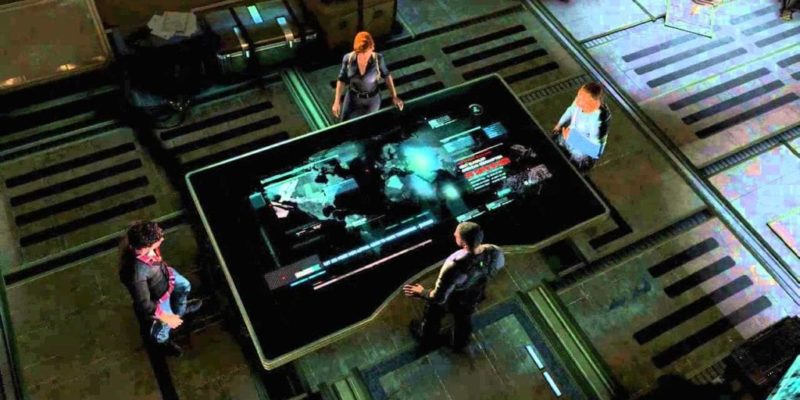 I think we know who the real villain is here, Sam.

Ok Ubisoft, that’s it. You can have one more trailer before bedtime, but no more. I know your week isn’t complete without another seven videos of Splinter Cell: Blacklist and Assassin’s Creed but you’ve called this one a “launch” trailer so you’d better be winding them up now. It’s just getting silly.

What’s happening in this one, eh kids? Well, Sam Fisher is breaking international law again (does that mean he’s committing war crimes? possibly!) and the baddie is one “I say old chap!” away from being the most British villain archetype of all. The Heavy are providing the backing track, as they have been for a few game trailers of late; and they’re British too.

It’s nice to see our nationality back in the position it belongs: scheming villainy and pop music. For too long we’ve been nudged out and marginalised by Russians and terrorists of undermined Arabic nature, so hurrah for a return to a traditional baddie from the Queen’s own glorious isles. Hopefully it’s not a bait and switch for a twist that he really is an Arabic Russian after all.

We’ll probably find out around 20 August when the game comes out.

By Tim McDonald2 hours ago
Features