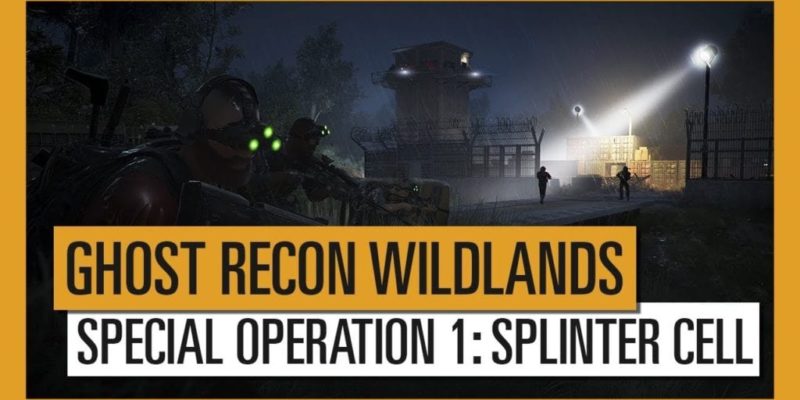 Special Operation I is the first major content update for the second year of content and players will have to help Sam Fisher complete his new high-risk infiltration night time stealth mission. The mission is playable solo or with up to four players in co-op. If the mission is a success, players will be rewarded with exclusive items, such as Sam’s iconic sonar goggles, with a new night-vision filter, and more. Note these rewards will only be available until 16 May. A Splinter Cell Gear Pack is also available which will include new customisation items and weapons, such as the Karambit Knife, or the fully customisable SC 4000 prototype Splinter Cell assault rifle.

Content is also being added to the game’s Ghost War PvP mode with a new class called Echelon who is part of Sam Fisher’s Fourth Echelon team. The class comes with hi-tech weapons such as the Sonar Pulse ability that allows him to see enemies behind walls at short range and gain tactical advantage over the opposing team.