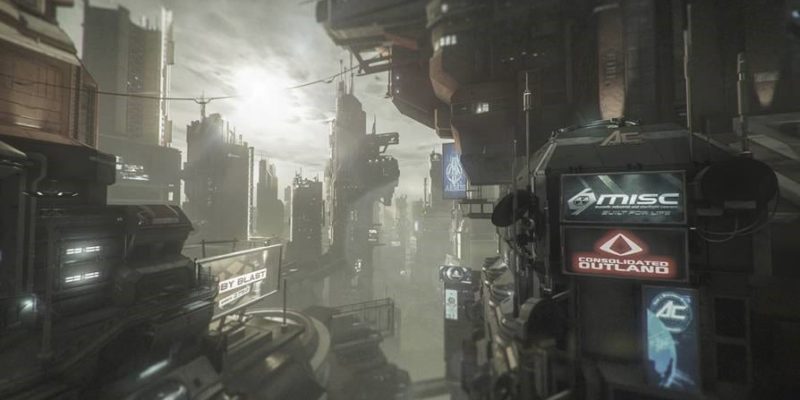 This evening Star Citizen reached a new milestone with Cloud Imperium releasing the Alpha 1.2 version of the game which brings new content in the form of the Social Module.

During Gamescom Clould Imperium demonstrated what they call the Social Module, a place where players can explore the game’s first multiplayer planet side environment. This is their first step into the persistent universe but it’s worth pointing out it’s still very early days because ArcCorp’s Area 18 zone can only take up to 24 players currently.

This is at least a step in the right direction for the game and it does show the detail of the planetary locations and what the team are trying to achieve. This new 30Gb update will let you explore the following:

Not all these areas are fully open and areas that will unlock in the future include:

There’s also  new set of patch notes which detail the emotes available to players, AR is also available, and there are a few bugs to watch out for too.

To follow the development process of the Social Module it’s worth reading the full update from CI because there’s still a lot of work ahead and it sheds more light on the challenges they’ve faced since March this year.

The Social Module is not the only update in this patch, Arena Commander has also received some gameplay fixes/tweaks and there’s Hangar Module updates to check too including different character loadouts.

In other news, work continues on Star Marine which includes gameplay, UI, audio and of course those troublesome animations. There’s also these two new videos to check out.

Last but by no means least, CI are teasing the Nyx Landing Zone with this preview video.

We have updated our development timeline which we intend to keep up to date so you can follow the game’s progress.