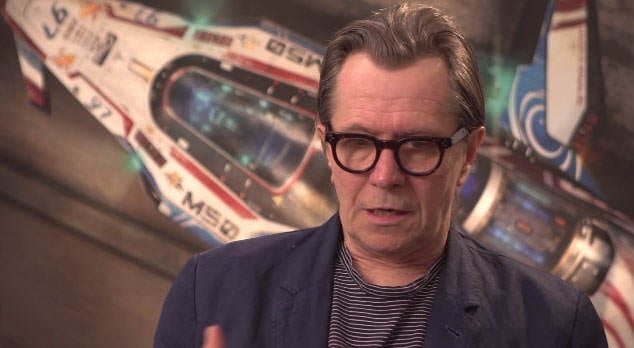 This weekend Star Citizen‘s CitzenCon took place in Manchester, home of of the Foundry 42 studio that are working on the single player Squadron 42.

This special event was an opportunity for Chris Roberts to reveal more information about Star Citizen and the single player Squadron 42 , which right now is the most exciting part of this huge project. Chris Roberts recently hinted that the cast for this game would be something special and he’s come up with the goods. Whether adding such a star-studded cast to the game is a worthwhile excercise remains to be seen because it will have cost a fair few dollars to assemble this lot.

It’s an impressive line-up with the likes of Gary Oldman (Admiral Bishop), Gillian Anderson and Andy Serkis. As a backer who is more interested in Squadron 42 that the the actual persistent universe part of the project, this cast reveal does raise the excitement levels. However, this will have been an expensive exercise and I’m not sure such an impressive line-up is required to make a great single player space game. I don’t think everyone will be that pleased that budgets are being spent in top tier actors. Is it really required?

Squadron 42 wasn’t the only thing on show this weekend, there are also plenty of new videos to enjoy. Including video of the Star Map, Persistent Universe Alpha gameplay, Squadron 42 senate speech, facial animation tech video, Squadron 42 gameplay, and finally an interview with Gary Oldman.

There’s a lot to enjoy in these videos and there’s also a new website up for Squadron 42 and web version of the Star Map.

After watching all these videos, how do you feel about the Star Citizen Project?

By Jason Rodriguez14 mins ago
News