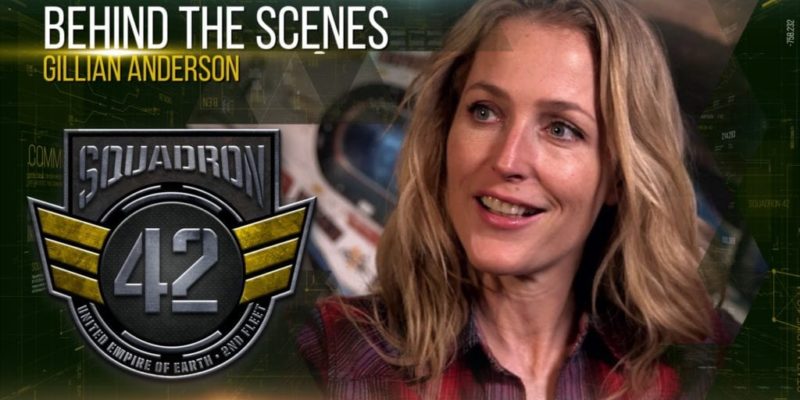 Okay, so Star Citizen’s ‘Squadron 42’ single player portion may not have Johnny Depp in it, but it will feature Gillian Anderson. Look, she’s in this video talking about it and everything, it’s definitely confirmed.

As is tradition for promotional videos for games featuring a lot of motion capture, there’s plenty of footage of Anderson striding around in an amusing body-suit with knobbly shapes on. Or emoting for a scene with a series of cameras pointing at her on a face-harness.

“It’s strange to be doing serious scenes with serious actors when you look … like that,” she says, adding that the space-guns are “bits of wood stuck together painted grey”. All very silly, but no doubt computer magic will be filling in all of those details.