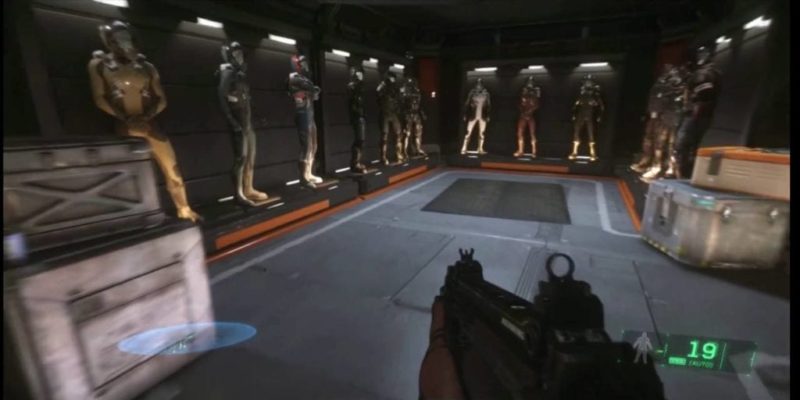 CIG has been working away on the first person shooter elements of Star Citizen and they’ve released new footage.

Called “Vision Stabilizaion”, the video shows someone running around Port Olisar shooting NPCs, AI,  and various objects. The video also shows it running at 60 FPS and the footage looks incredibly smooth, although we have no idea what the system specs are for the machine it’s running on and it was probably running with one person on the server.

Some players had been concerned about the shooter aspects with reports of nausea from the head bob and this is looking a lot smoother than we have previously seen.

Star Marine is supposed to be rolling out in v2.6 which is the next version due for release. There’s a Youtube version below and the Vimeo version which CIG posted here.