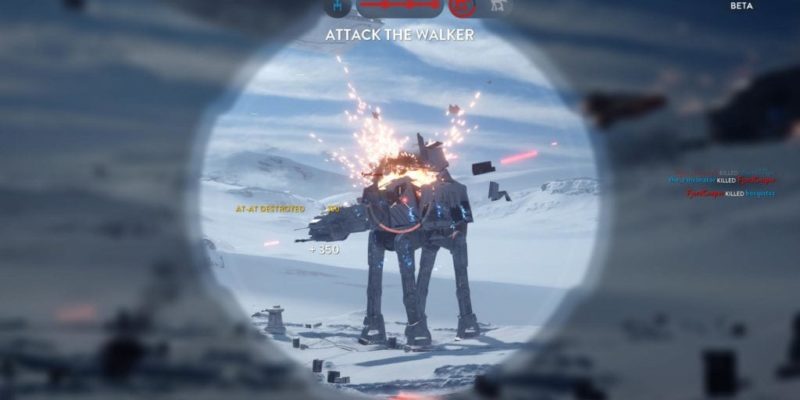 This may come as a surprise to some of you but you won’t be able to communicate with your team easily in Star Wars: Battlefront.

Just this week I dived back into Qauke Wars after a break and forgot how essential VOIP is in a multiplayer team based shooter, it was also incredibly easy to get working again. With that in mind it’s disappointing to see that EA and DICE have opted not to add any VOIP support in Star Wars: Battlefront.

With so many thirds party software options for VOIP now available it’s not going to make it easy for players if everyone is using different systems. If you want to just jump on a server and have a blast with random players VOIP is not that important, but to really get eh most out of a team based shooter VOIP is essential to making the game enjoyable. Some of the most frustrating games you can have are because there’s not real communication within a team. I don;t want to just communicate with “friends”, I want to communicate with my “team”.

For a game that costs $50 you would think VOIP at least make the feature list. The more we find out about the game running up to release, the more disappointing it’s sounding. Remember Titanfall and what happened to that?