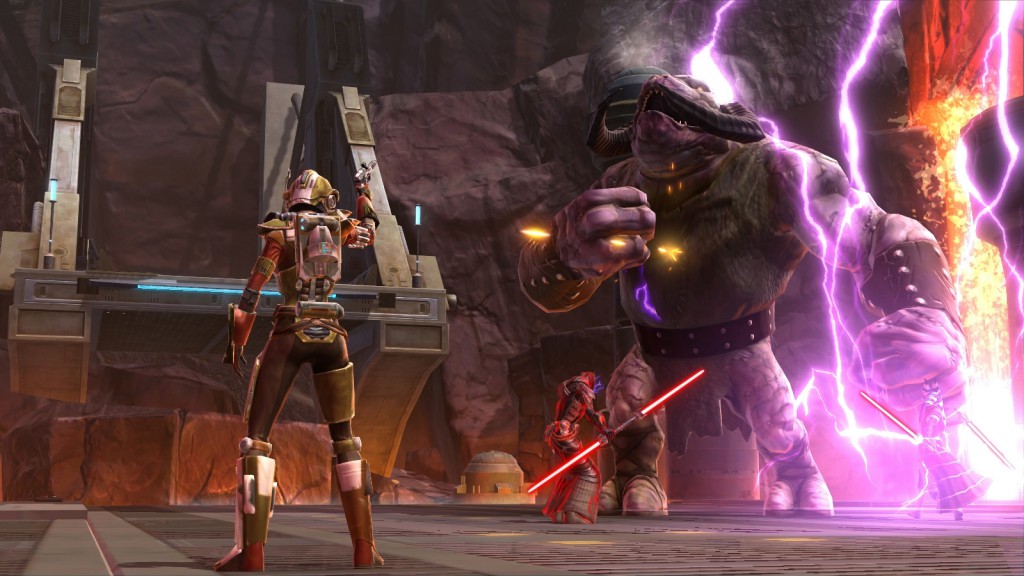 Star Wars and the MMO genre should be a match made in heaven, well in theory at least,  but it didn’t exactly pan out out like that for Bioware’s MMO.

When the game launched there were plenty of gamers ready to soak up the Star Wars universe, and with Bioware behind it , how could it possibly struggle? Well it did struggle to grow and players left for numerous reasons, subscriptions fees, tired game mechanics, lack of content etc.

SWTOR  game will shortly be entering a new chapter with the launch of the free to play model but it remains to be seen whether by simply removing the subs, the game is still decent enough to attract players.

In a new series of “State of the Game” features on the official site, Executive Producer Jeff Hickman is tackling the issues that the team think prevented players from sticking around.  According to the team, the subscription model was putting off “huge numbers” of players from taking part, the game updates are “way too slow”, and content was being chewed up by players at a fast rate.

It’s taken the SWTOR team a while to get their act together to address some of the problems. Implementing the change to the F2P model does take some work, but game updates and additional content are essential, especially if you are charging players.

TRION, Funcom and ArenaNet have all realised that regular new content is what keeps players hooked on an MMO and without it numbers drop off quite quickly as the next big thing comes along. When SWTOR does go free to play, they had better get ready to knuckle down.