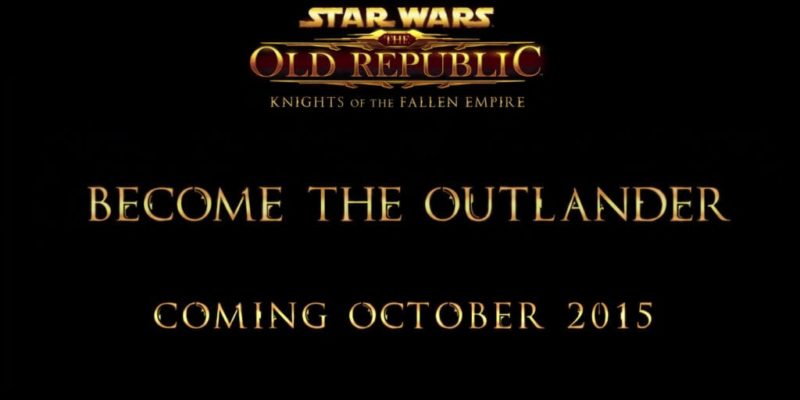 At the EA presentation at Gamescom this morning a new gameplay trailer for the Star Wars: The Old Republic expansion Knights of the Fallen Empire was revealed. The expansion, said to be the largest for the MMO, puts the player at the centre of their own personal saga. Playing as the Outlander you’ll face a new enemy, the Emperor of the Eternal Empire and discover your destinies are in fact intertwined.

Knights of the Fallen Empire will feature new worlds, companions to recruit, a more dynamic story as well as raising the player level cap to 65. It’ll even come with a pre-made level 60 character so you don’t have to start from scratch.

It’ll launch with the first nine chapters of the story and new chapters with fresh storylines and new characters will be released regularly after that.

The expansion is due for release on 27th October 2015. If you join by 10th August you’ll get your own legendary gunslinger companion, Nico Okarr!

Elite: Dangerous expands to the Horizons in late 2015