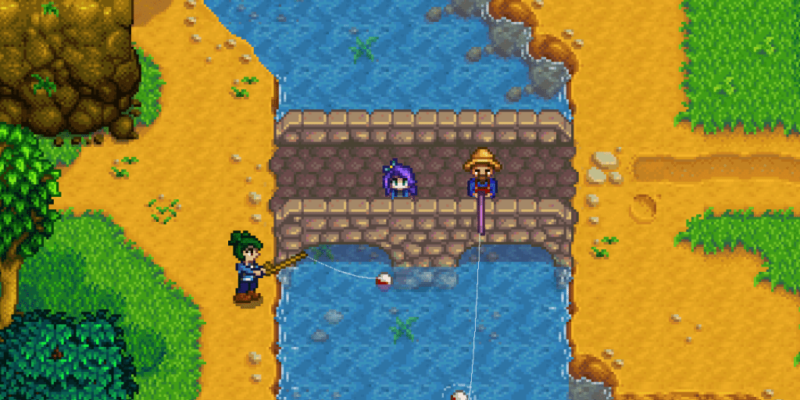 A new piece about how Stardew Valley’s upcoming multiplayer will work, and when to expect it, can be read at the game’s official site. There will be a beta test on Steam (planned for the end of 2017), with a view to releasing as patch 1.3 in early 2018.

Structurally, it’ll be an (up to) four player online co-op mode. Local multiplayer, split-screen, and PVP are “not planned” for Stardew Valley. Three players will be able to join the ‘host’ as farmhands, and inhabit cabins that can be built on the farm at the start of the game. Farmhands will be able to “farm, mine, fight, fish, forage, marry NPCs and take part in festivals” and will have their own inventories (accessible to others via a chest in the cabin when they’re offline).

The main Stardew Valley player will still control bigger decisions like when to sleep, and when to begin festivals. Friends can be invited into a game through Steam at any time (the system for non-Steam versions is said to likely be similar). You won’t need to set up any servers. The new post about multiplayer also confirms that player-to-player marriage is planned for inclusion, but the details haven’t quite been finalised.

The bulk of the ongoing work is regarding keeping online games synced. As they note, “Retrofitting multiplayer into a game that didn’t have it originally is notoriously hard.”

Have custom characters bypassed diversity instead of tackling it