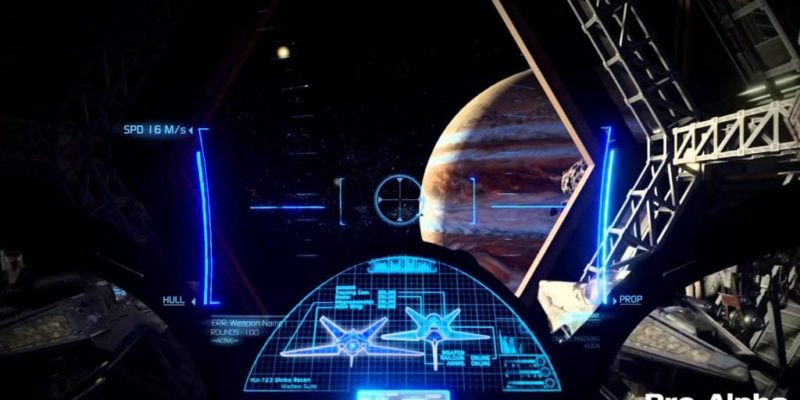 Starfighter Inc is back on Kickstarter after failing to reach its goal last time around.

If you missed the last crowdfunding campaign, this game promises to combine ” the lethality and permadeath of Counter-Strike with the technical depth and customization of World of Warships”. What’s just as interesting about the project are the people involved. There are many industry veterans working on this with game such as Wing vs. TIE-Fighter , Crysis, Far Cry, and MechWarrior 2 under their belts  Not bad.

So why are they back after failing to make it the first time around?

“Our first Kickstarter attracted 5,389 backers, but only reached 90% of our goal, so no funds came from it. We kept working on the game, just like we promised we would, and we’ve come a long way since then. We’ve made great progress both in the development of Starfighter Inc. and in solidifying our team. What has resulted is a stronger, clearer, and more detailed vision, with everyone fully committed to the realization and completion of a unique and compelling game experience.”

So close but no cigar. In the time since the last campaign, the team has continued to work on the game and it looks a lot more fleshed out for this Kickstarter. Players can expect ship customisation, personal hangars, component based damage, and a player-driven narrative in which players can “effect the balance of power”. VR support is also mentioned in the campaign.

The team is looking to raise $150,000 over the next 29 days. The concept looks sound so with any luck they’ll make it this time around.