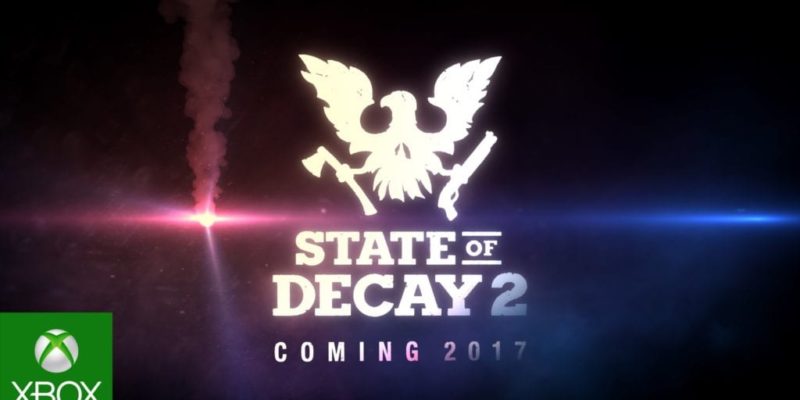 Like literally everything else at Microsoft’s E3 event today, State of Decay 2 will be Windows 10 only on PC. Not a whole lot of information beyond that, as it was just announced with a trailer (below).

Said trailer featured a bit of classic killing zombies with an open car door action, some survivors looking for petrol, and … that’s about it. State of Decay 2 is apparently due at some point in 2017. The one piece of additional information (noted in the summary for the trailer on YouTube) is that this sequel will be a “multiplayer zombie survival fantasy”.

So, the much-desired co-op play will probably be in this one. But say goodbye to seeing the series on Steam.