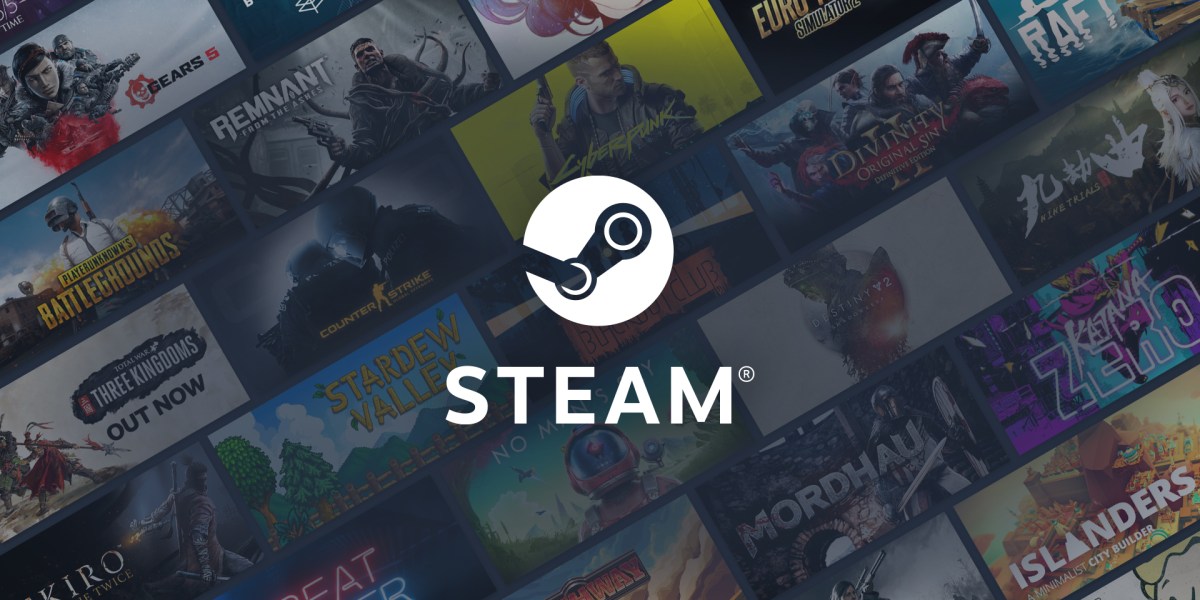 Steam’s monthly Hardware Survey just released for February 2022, and it shows continued progress for user hardware specs in quite a few areas. While some aspects like VR usage remained stagnant, the data shows that many users added Nvidia RTX 30 Series graphics cards and CPUs with higher core counts.

When looking at the graphics card side of things, the numbers indicate that more gamers are finally getting their hands on the hard-to-find Nvidia cards. The GPUs with the largest increases were the NVIDIA GeForce RTX 3060 Laptop GPU at 0.29% to 2.35% and the Nvidia GeForce RTX 3060 at 0.26% to 1.92%. While those percentages look small, Steam has over 120 million active users, so these small percentage changes can account for thousands of users in the total population if you apply Hardware Survey data to the overall playerbase. This isn’t an exact science, but it gives you an idea.

Increasing GPU market share is definitely good news for Nvidia’s hot RTX 30 Series, but what about AMD? Well, unfortunately for, it’s a bit of a different story for Team Red. Only one AMD graphics card increased in the install base for February — the RX 6700 XT which rose by 0.01% to 0.22%. Every other standalone AMD GPU saw either no change or a decrease in market share. 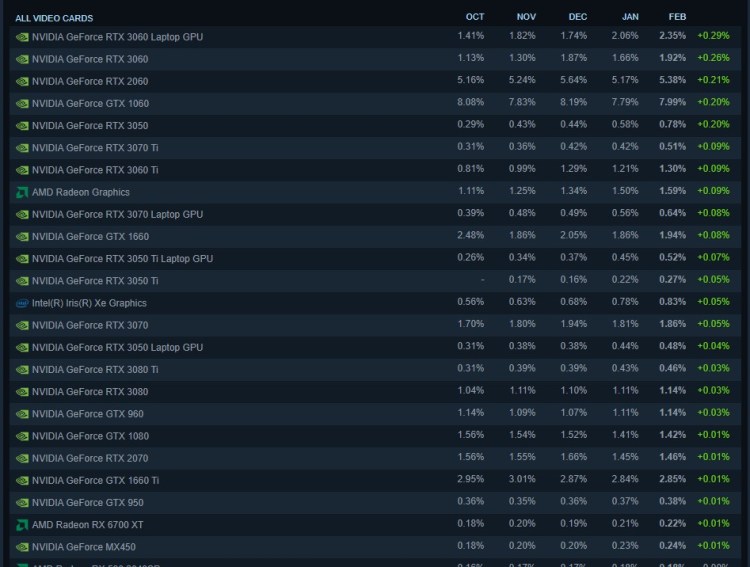 CPU cores on the rise

In addition to graphics cards, Steam also logged more users with high core count CPUs. The percentage of machines with quad-core CPUs fell by 0.82% in February, while six- and eight-core CPU machines increased by 0.78% and 0.60%, respectively. Even 12- and 16-core CPUs increased in February. That said, for the time being, quad-core continued to be most popular with a 34.74% usage share. However, while the percentage of quad-core CPUs remained sizable, February 2022 was the sixth month in a row that quad-core usage fell in the Steam Hardware Survey.

In regards to Intel vs AMD, Intel’s user share increased by 0.04%, while AMD fell 0.04%. As of posting, Intel holds a 69.04% of the CPU market according to Steam’s numbers, and AMD holds 30.92%. As more hardware is made available, it’s easy to assume the numbers will continue to fluctuate throughout March. With AMD releasing several new Ryzen 5000 CPUs into the wild soon, it’ll be interesting to see if it makes any dent in the market moving forward.

Based on 2K22’s success, the WWE will reportedly deal with Electronic Arts for the next game