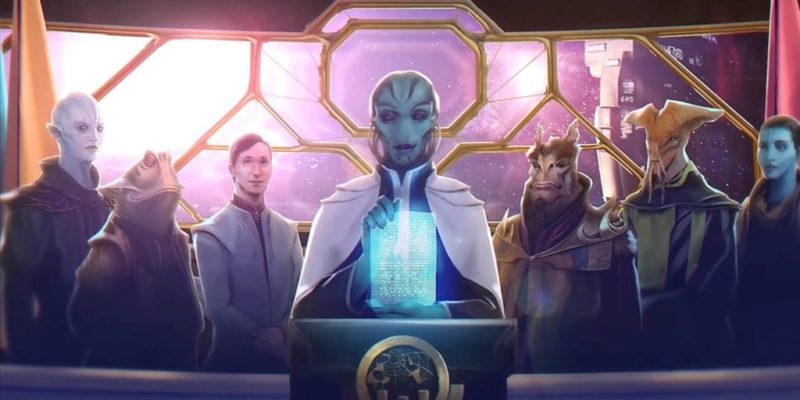 PDXCON 2019 is in full swing, and Paradox Interactive’s offerings are being showcased. One of those happens to be Stellaris. The 4X strategy/space-faring empire-builder will get a brand new diplomacy-focused expansion called Federations as well as a new species, the Lithoids. Check out the video below:

Stellaris‘ Federations expansion and the Lithoids Species Pack promise to add more content and changes to an ever-expanding universe. First off, Federations tries to provide a major overhaul to Stellaris‘ diplomacy mechanics. I must admit that, having played Stellaris on and off for a few years now, diplomacy was never its strongest suit. So, seeing what Federations can bring to the table has me quite optimistic. I’m just hoping that it’s not quite a humdrum as the economy and trade-focused MegaCorp a year ago.

The Federations expansion will allow your empire to join powerful blocs throughout the galaxy such as the Trade League, Martial Alliance, or Hegemony. Stellaris players will also be able to dabble in a bit of intrigue such as positioning yourself as the leader of this new “galactic senate” (perhaps some Emperor Palpatine overtones), all while sanctioning those who might defy your rule. Additional resolutions can also be enacted increasing commitments to mutual defense or profit gains.

A new “Origins” feature will also be added. Think of it as laying the groundwork for your nascent space empire, allowing you to have certain starting conditions based on your chosen background. Likewise, new construction options are expected such as a massive mobile starbase known as the Juggernaut and the Mega Shipyard that churns out vessels faster than ever before.

As for the new race, the Lithoids Species Pack will add sapient rocks. Yes, rocks. These astro-gargoyles have characters that live longer and they’re also able to colonize almost any environment. The main focus of the species is mineral production, because why not? 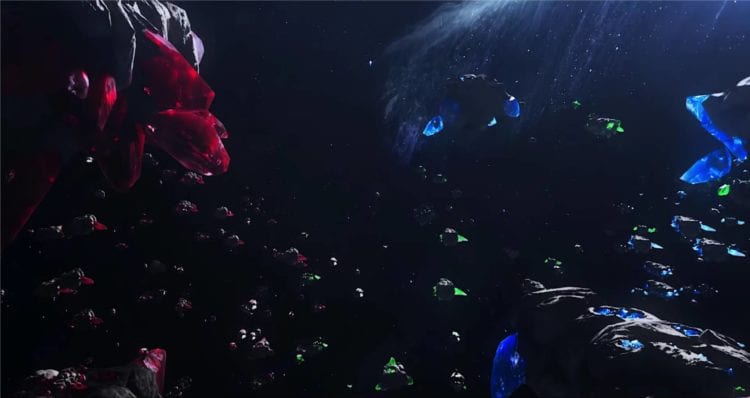 The Federations expansion will be released later this year and you can wishlist it now via Steam. As for the Lithoids Species Pack, you don’t have to wait too long since it’ll be available on October 24. It’s priced at $7.99 and you can also find it via its own store page.