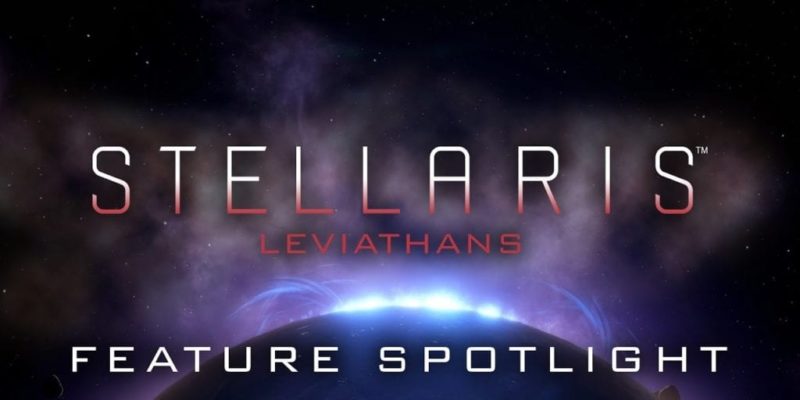 Settle in for the soothing tones of Stellaris Game Director Martin Anward, as he talks through the upcoming Leviathans ‘story pack’ DLC. In the video, you’ll see a bit of pre-release beta footage, and hear about what’s in the add-on.

The latter you’ll probably already know if you’ve been following the lead up to this release (Leviathans is out on 20 October), but the trailer might still serve as a refresher. This release adds more stuff to the mid-game portion; specifically eight Guardians (or Leviathans) – ancient organic or mechanical phenomena who it may be possible to reason with, or may have to be tackled with force.

Stellaris will also be gaining ‘Enclaves’ in Leviathans, which are outposts of traders and artists who might be willing to exchange information or other offerings. Finally, the DLC adds the possibility of a cataclysmic ‘War in Heaven’ breaking out between a pair of Fallen Empires.