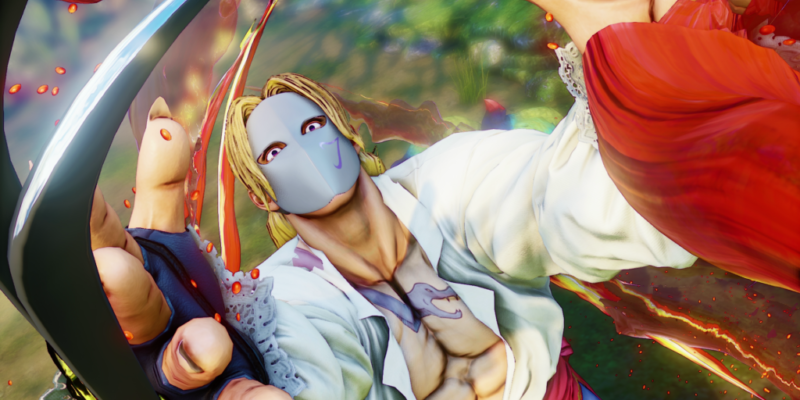 Vega will be returning in Street Fighter V and the good/bad news is that he’s decided to put a shirt on for this installment. That manly (yet beautiful) chest is now partially covered by a frilly number that makes him look a bit like a burly Guybrush Threepwood.

According to the announcement post, Vega brings his “trademark speed and quickness” to Street Fighter V and can now fight in two distinct ways – with his claws, or without.

When he pops his claws away, it gives him access to new moves like something called a “command grab.” Plus, being able to toggle between claw modes opens up some new combo possibilities. Apparently, Vega will “no longer be able to pick up his claw once it’s knocked off,” so being able to fight without it will be crucial.

Here’s his reveal trailer, plus a few new Gamescom screenshots.